As the title suggests, this one is a bit “odd” sounding, to the say the least. It’s also the longest song I’ve made in a while, almost hitting the 4 minute mark, mostly due to it being kinda slow. Still debating if it should be part of the POND album though, since it breaks away a LOT from the general theme of the album. Anyways:

nice stuff you’ve made here! good to listen to while working on projects.

I think I’ll be starting work on hitbox and hitbox spawners for combat next - which means enemies may begin being added if I can figure out a decent system for them:D I also need to get to work on some backgrounds at some point because it’s just been a flat orange for a while now lol

I’m also planning on making another update video for SOL on the cregerBot YouTube once I’m back home for Christmas break!

NOTE: I think I’m almost done with the latest free music album, POND. Not sure if they’ll be out before Christmas, though. I’m hoping to be able to make animations to play over the music instead of static images, but we’ll see!

Trying to figure out how I’m going to do the signiture speed attack from the previous version - I think it’s what I’m going to do next. Going to have to take a look at what I had did before:D

Anyways, a pretty small update, but an update nonetheless! Cheers!

Here is the beepbox link to hear the sound effect:

Hope you’ve all been enjoying Ghost Gunner! I made the game to celebrate the Halloween season but I couldn’t resist giving a little love to the next big calendar holiday. I’ve added a secret ending to the game called the Turkey Route ! It has new enemies, a new boss, and new areas to explore! It’s nothing huge but it’s an extra thing to do for anyone who’s beaten the game or anyone who just likes exploring. However, if you’re gonna get there you’ll need to find a new powerup hidden somewhere in the forest.

Hope you enjoy it! 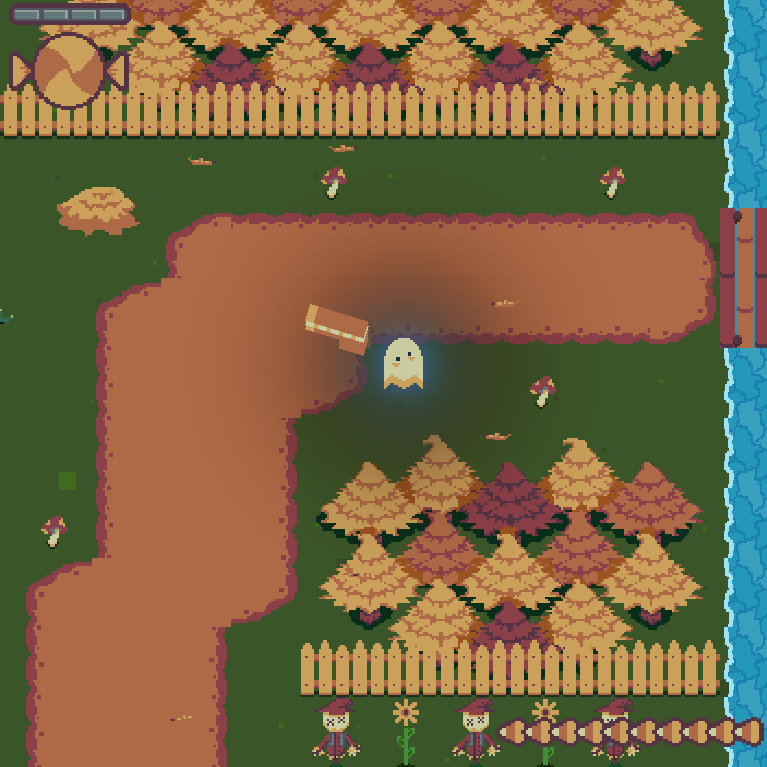 Started work on the POND free album videos - and they’re going to be animated! Trying out a different style than usual. It’s still technically pixel art, but there is a twist. You’ll have to see:D

Been helping @sup3r87 for a bit now for the soundtrack for the game NOITCIDDA!

After three weeks of work, me and @rcreger have finished a game called “Noitcidda” for a school project. The game is super short, and it’s best to play the game as long as you can. Let me know what you think about our work, thanks!

Hope you all enjoy, and thank you sup3r87 for giving me the opportunity to work with you! Cheers!

Big thanks for contributing music to the project! Really enhances the experience, and thanks for putting up with all my nitpicks lol xD

I can’t play the game(for previous reasons) so can I just listen to the music? (:

A lot of them are variations of the same theme with different twists. Here’s the three tracks I did for it (not for free use for obvious reasons):

It’s been a while since I’ve shown anything of the SOL project, and there’s been a few updates since the last update video was published. So, here’s a few previews: 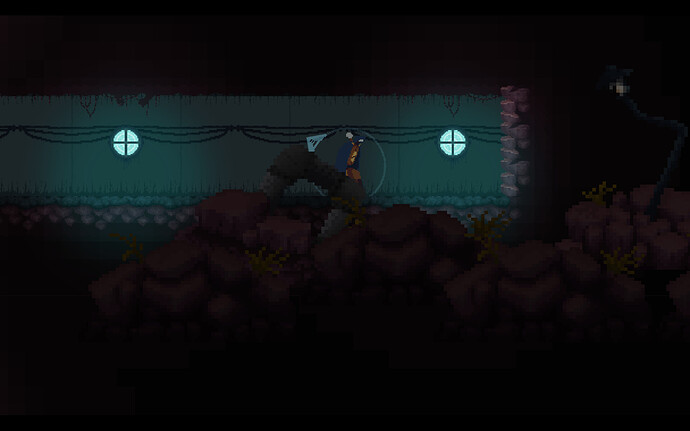 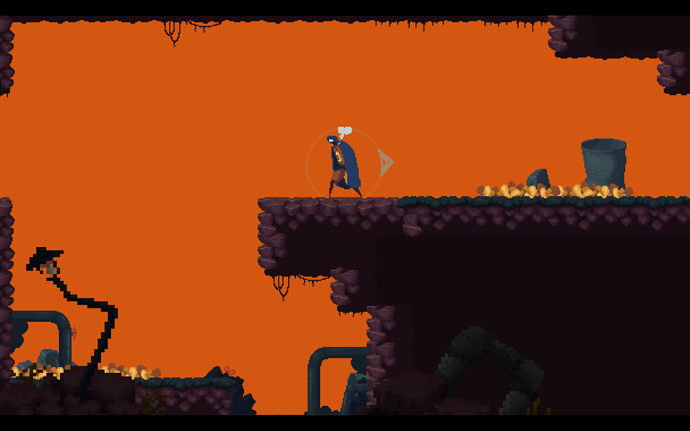 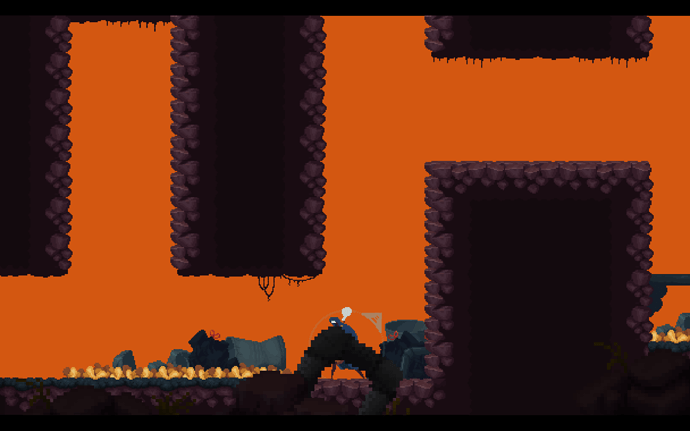 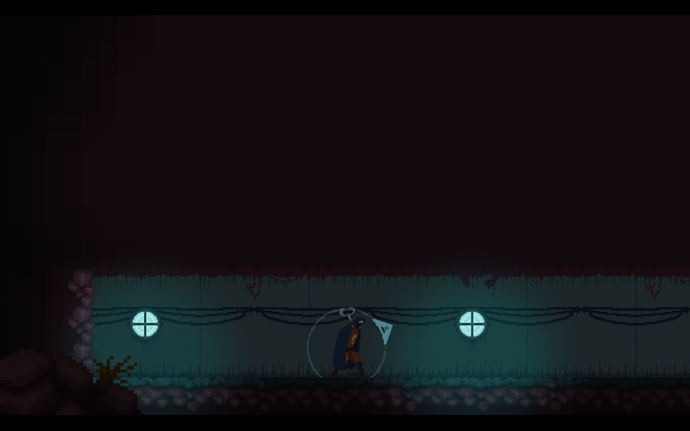 Can we get a beta?
or a demo?
or somethin?
anything?
@rcreger

There will be one - I’ve been working on this on and off, so even though there is a decent amount to show, it isn’t nearly enough to garner a demo. My idea for the demo is the whole intro and maybe the first chapter of the game. That said, I still haven’t add proper enemies yet lol It’s going to take a while because of life stuff and the fact that this project is a hobby at the moment.

If I had funding, I would have had this out by last year XD I apologize for any inconvenience

I honestly haven’t given the game out to really anyone except my very small dev team (literally just me and one other lol). The project is very much under wraps, and I think I honestly show a lot right now compared to other game development notes.

However, I do plan on making another update video on my YouTube (here it is if you want to look it up) once there is a little more content to show from the last update. For now, you can view the previous update from a few months ago, but I’m afraid I won’t be letting the SOL link out anytime soon:/

That’s so cool! Thank you to everyone playong and supporting the game, it means a whole lot. I don’t have any big updates but be weary as you play the game because I’m reworking the camera and spawn system so the game may be a bit wonky these next few days. It’ll be neccessary for all the stuff I want to do later down the line though.

Thanks again for the Ghost Gunner love! Hope the game keeps giving you all fun

Congrats to @Greggo , great to see it doing so well:D Can’t wait for the next updates!

You heard that right! I finally got finished with the videos for the upcoming royalty free album, POND. This is probably one of my favorite track compilations from the royalty free series, being a much slower, nostalgic sounding theme taking inspiration from the OST of A Silent Voice.

All that needs to be done is preparation for the videos (description, upload, etc.) and putting them out there. Before that, I need to find a date to do so! I will be keeping you all updated on this thread when the next album drops and will post a link for you to access it:D

Excited about it! I enjoyed listening to the previous albums and can’t wait to hear this one!