Question on Pausing and Sounds

In my game I want it so when you pause the game or when it gets paused I want the music to continue to play even though the game is paused. I tried adding the source of the sound to the object which paused the game, that object doesn’t pause alongside the game, it stays active the whole time, but the music still pauses so i have no idea what to do. Any ideas on how to fix this?

sucks to be you i guess. HHAHAHAHAHHA

I don’t think it’s possible to not pause the music when the game pauses, even if it is in an object that will not have its behaviors paused. Maybe just have all objects stop in place by using an enabled behavior?

In my game here for some reason the music stops everytime a dialogue comes in, since when the dialogue tutorial starts popping up, its supposed to pause the game, but it also pauses the music as well. 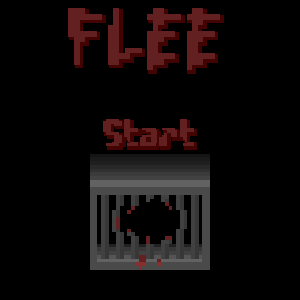 It’s in the object Tutorial and Speech in the UI layer.

Well sucks to be you i guess seems like a have better winning chances.

When pausing the game, make sure you check the “don’t pause this object”

Yeah, I already had that. Cause when the dialogue pops up, it would pause the game and when I press Enter it wouldn’t work so i already made sure of that. But the music kept stopping when the game was paused so i don’t know. Then again, it could have been a bug on my side since it was a newly added sound. I can’t really check since I’m on my ipad and it doesn’t play sound at all, but I’ll try again when i get home and hopefully it doesn’t mess up.

Also @Haevoc, not sure why you’re being so toxic about this. It’s not like my entire game is completely trashed since of a simple sound bug, it just a small detail I would like.
So please just leave your bragging off of this please. I just wanted to know why the sound was pausing.