This is the first project I ever made in Flowlab, I know the theme is stupid, but tell me what you think of the gameplay. Flowlab Game Creator - AMOGUS
did i mention there’s also an official guide I made

no, that isn’t stupid. As a matter of fact, you can play this cool amogus game I made with me right now: 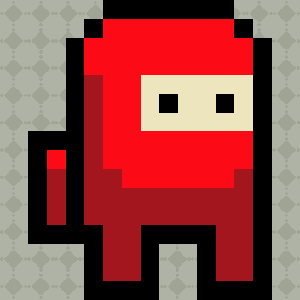 ##Boink the gamemode you want to select to start! ##Credits: CHARACTER AND BACKGROUND BY _GAMOOG Testers: Maniac_Pumpkin, autumnwind_cat, and baconcat008 ##Controls: Look at the tutorial, dummy!

lol when i search my game on flowlab, that’s the first result

Also cool game. You’re definitely better than I was when I started

My suggestion is to input some text so you actually know how many coins you have. Good start, though!
Now, wanna play some sussus amogus??

This game is so awesome and sussy (suspicious) I love it

Stats will be ranked from a score of 1-10.
Beginner Project Stats:

Gameplay: 7 - quite nice for a beginner.
Polish: 9 - loved the amount of polish, from UI to props.
Theme: 3 - AMOGUS (unoriginal, but I understand why you went with the theme).
Story: 2 - I didn’t really see quite a of a story there- which is fine, not all games have stories (bingo, solitaire, geometry dash, flappy bird, cross road).
Art: 6 - Liked the style a lot, just didn’t see enough of it going around!
Audio: 5 - Very little amount of audio, but seeing as it was based off of a game with no music I think that’s not too bad.

Overall: 6 - Good job, the game was amazing for a beginner, haven’t seen something like this since TGW! Keep up the great work.

What is that mean machine up to, anyways? Something devious, I suppose

Over powered: 3/10. Not very gameplay, and no attac and protec
Gamer: 7/10. There is needed strat in this, just not that much
UI and fancy stuff: 6/10. Original sprites, but could be improved.
Summary: 11/10. Because Amogus

@hihilogic I’m not sure if you knew this, but TGW passed away recently. This is a very sensitive subject, so I’ll share the link but I’m going to stop there.

The passing of TGW Community Lounge

Hi there. I wanted to let everyone on here know, that TGW died today. He was a great friend to me, and I wanted to let y’all know so that you would, well, know. He was a good man, and a good Game creator. Many of you may know that he scored third place in the mobile app contest. RIP @TGW [tgw]

Thanks a lot for the feedback!

What about my feedback?

LOL try not making the knife a solid object Screencastify

I made it so it has collisions but isn’t solid. Later I found out that you could jump really high like that, but kept it in the game because I thought it was a cool movement ability.

Such an amazing game!