Resident Evil 8: The Village
As Ethan Winters fought off zombies and werewolves…on the other side of the village…far away…
Hospital
On the radio someone had called you for help to save them in this chaos world. So you drive there and go inside and found out that the place is filled with monsters. Try to fight through to get to the person in need of help. There will be updates so stay tuned for the first resident evil game in flowlab( I think)
DEMO:

Please make the controls WASD. This is a must if your game uses the mouse to play.

why are there headcrabs in a resident evil game?

Aren’t headcrabs in the game?

no, headcrabs are from half life

What about those zombies with that weird looking headcrab on there heads in the resident evil game?

can you send me a screenshot or an image?

are you talking about the official resident evil games or this one?

Thoughs are not headcrabs…Wait…Well they look like one so I will fix that, they were suppose to be bugs…

I am adding new enemies not the resident evil ones… 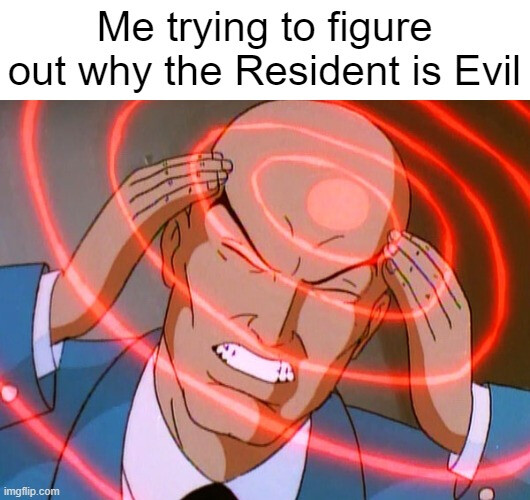 This game has no potiental…

Idk, the foundation of the game is pretty cool, i think with some changes to the atmosphere and better, scarier enemy ai it could be a cool little horror game

Just saying. This should give this developer a “I will show you” mood

Well it’s kinda weird doing it like that, i think providing some harsh but constructive criticism would be much better

What would be good for the bugs @Resident_Fans would be if they are close to you they’ll jump at you and maybe make a loud noise and maybe shake the screen a bit.

Knowing me I don’t think I could do that…

When someone straight up says the game is terrible with no future of becoming something doesn’t sound like constructive criticism.

By saying the game has no potential basically says it will never become something and usually most people can’t really build off of negative insults like you or rarely others can.

I would describe what I liked about the game, and what I disliked about it, and then what could be worked on. Since I know the game is still being worked on, then the dislike or the unfinished sections would probably outweigh the pros of it, but at least it shows that the game does have potential and therefore giving the dev support into finishing it.

I know what you meant, but if I was starting out a couple years ago, I probably wouldn’t take that message the same as you thought it meant. I would be careful how you would word stuff and/or criticize without a good reason.