SpeedQuest is a Platformer game where you play as a Rolling Robot.
Traverse through the worlds. Combine quick rolling with wall jumping and other Abilities to get the fastest time! 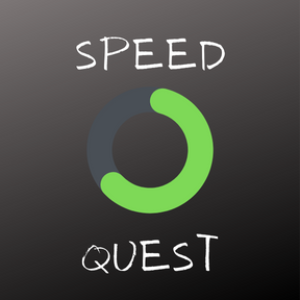 Feel free to post Reviews and/or Suggestions below.
This game was designed with speed-running in mind. So if you want, feel free to share your times below.

I improved my time on the first level to 27.2

Also, why do I need to hit the ending twice before it takes me to the next level?

What do you mean? When you hit it, it should play a sound, then take you to the next level… Can you send a video or anything?

Ohhh I have my sound off