so Im making this game on the side that uses RNG to make different worlds each time. just thought I share it here https://flowlab.io/game/play/1495723

just give it a minute

This is pretty cool, you could use this for something similar to a terraria or minecraft based game’s world generation. I might need to use something similar to an old game that I need to update. Not entirely sure how you did it but it looks super cool.
You could make it that there is a chance that the spawning block won’t spawn anything, but when it does spawn a grass block then it spawns only solid blocks and this could be used for hilly generations. You could also use the same technique with the grass block and make it so its the first block that spawns (other than the air block) and then dirt and stone spawn after so only the top block is grass similar to that of minecraft. Although I’m not sure if this could be done, probably with some switches or something. Anyway I really like the way it works and it isn’t laggy at all.

if you wanna see the code its right here 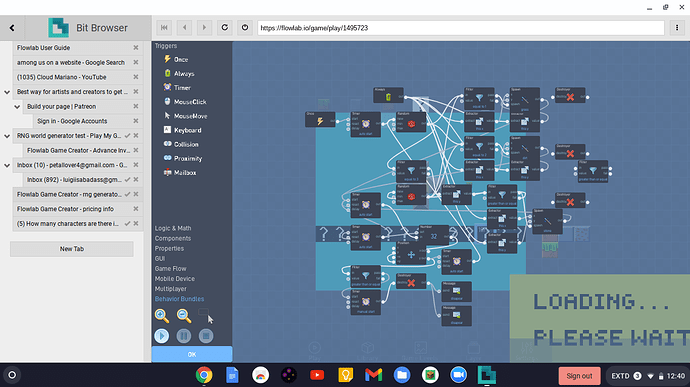 Oh, okay, thanks. I’ll probably have to take a more advanced look into that and might make a similar system.

I GOT INDIE! You know what that means? It means Bigger games more potential, more range, plus more! that means your gonna see a lot more of me (hopefully)

You just copied and pasted this, lol. I found the exact same comment on a different discussion.

Edit: make that two other discussions, lol.
Also congrats on getting indie.

thanks im just exploding over here in the corner right now