I propose that there be some sort of search feature to search for a specific type of behavior block through all of the objects. For instance, a totally hypothetical example that definitely didn’t just happen to me today: You’re working on adding an updated camera to your game, so you delete all the old cameras so that there are no issues. But once you’ve added your new camera behavior, there is a camera conflict that causes the camera to completely break. Somehow, somewhere, in a random object that should not have a camera, there is, indeed, a stray camera object. But with this handy dandy search feature, you can just search for all objects that contain camera behaviors instead of going through every single object and every single bundle by hand trying to find that stupid, misplaced camera.

TL;DR: Add a feature to search for specific types of behavior blocks throughout all of the objects in a game.

This has already been added late last year 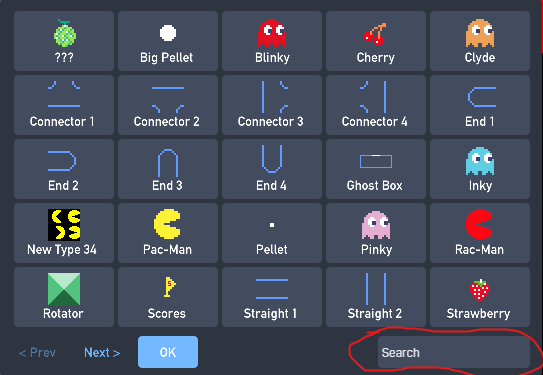 grazer announced it a while back

Oh, that appears to be an indie only feature. But does it search for behaviors inside of objects, or does it just search for the objects themselves?

The object search feature will pop up after you have 25+ objects in a game, I don’t believe it’s an indie feature. There is no behavior search feature, though that’d be really amazing @grazer.

Oh, ok, that explains why I didn’t see it then, lol. But yeah, it definitely would be a great feature to have! Although I would imagine that the more complex one’s code became, the longer the search would take, because it’s having to go through so much more code

Yeah, the search box only shows up once you have more than one page of objects.

Behavior searching does work though - type “Camera” and it will show any objects with “Camera” in their name and all objects with a “Camera” behavior.

What if there was a search bar for searching behaviors in the behavior side bar?

Could the Bar just be there at all times?
I was needing it to search other objects with Cameras in someone games but ended up searching each object. I think it would still be very useful even with less objects.

Never realized that the search bar shows all the objects with that behavior as well, that’s really useful