Segatakai - the new company announced in the vcm

And here we are! The first appearance of a company I’ve been writing into the VCM for a long time, called “SegaTakai”. A group of evil masterminds based in Japan; the pinnacle of military technology. In the year 1965 after World War 2; Japan sought cold, ruthless vengeance from the bombings of Hiroshima and Nagasaki.
Emperor Akina Suzuki founded a company called SegaTakai; which would lead on to become the greatest threat of America ever, even outpowering the Nazi Regime of Germany in just three short months. Their first considerable display of power was in the year 2002, six years after they had been bombed by a mysterious vigilante by the name of @Crigence. They started World War 3, by attacking the West Coast of America with just two of their experimental explosives. Northern California, Oregon, and Washington were all wiped in one day. The explosions were heard from across the country, and the radiation had effects all the way to Texas. America was devastated, and after processing what had happened, returned attack a day later, on October 1st, 2002.
The allies did the same, yet some how, nothing was confirmed. 5 nuclear bombs were launched at the Northern Islands of Japan. And none were accounted for. Destroyed mid-flight by SegaTakai’s revolutionary technology. No explosion in sight. Just debris and scrap metal falling from the sky in the middle of the Atlantic Ocean and Middle East. So began World War 3, which lasted three years, and was filled with SegaTakai giving mercy to the American and British governments, with the occasional win being pulled from SegaTakai being too merciful. It ended when they agreed to sign a peace agreement and send help to the attacked areas from 2002. They agreed, and sent 400,000 soldiers to help with the effort. 400,000 left, and only 380,000 came back.

15,203 died from radiation poisoning. And the others? Killed by the left over members of families, seeking revenge against this giant corporate demon. They continued to develop their technology, and as the years went on, they started growing more and more powerful, but kept their agreement and stayed within the boundaries of Japan, not causing any trouble.

A collection of long years into World War 4, not even 100 days until the world was quiet, dead, and whimpering in its final breaths, SegaTakai launched an all-out attack to destroy the rest of the world, and no one knew. Forty-five nuclear missiles were launched, and chain reactions started everywhere. England, East Coast of America, China, North Korea, Russia, Canada, Brazil, everywhere that initially posed a threat was immediately obliterated in just one day.

That was the end of World War 4. Reality went dark for the first time in decades. Monarchia went online, and Northern Japan was the only functioning major city left on Earth.

This is SegaTakai. The greatest army on its planet, and the destroyer of that same world. 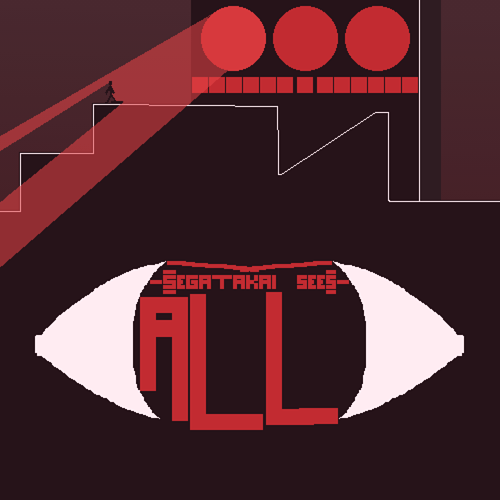