For undisclosed reasons, I’ve whipped up a simple minimap example that would work well in a dungeon crawler type of game. It took a bit of thinking but it’s a relatively clean and effective way of showing the player where they’ve traveled so they don’t get too lost.

Arrow keys to move ____________ After the player moves 20 pixels in any direction, the red dot on the map moves 1 pixel in that same direction and spawns a white trail in its place.

I saw @Mhx_Aîr had a concept for an automap he talked about a while back and I based my design off of some points he made so I just wanted to give him some credit for giving me something to work with.

Very long and very complicated explanation below. Don’t bother reading unless you fully understand advanced flowlab mechanics. I was about to fall asleep when I had one of those can’t fall asleep thinking ideas. So let’s make a square, it can only move on the grid. Make a filter to check if it moves left and right 3, minus in reverse, same with up and down. Now we have a grid moving block that counts its position in chunks of 3, making a chunk map. Have a black box on game layer follow the p…

Hope this helps someone!

Amazing, but an idea to add… maybe having bonus squares to represent walls, and even have some more red dots for enemies, that also move around on the map?

I’ll play around with this eventually and try to tinker with my own little ideas, since I do that a lot.

I’ve thought a lot about that but have no idea quite yet how to pull that off. If you figure anything out let me know!

Also, thanks! I went for a simplistic look

Just noticed this, and it’s interesting to see how someone would interpret my old middle of the night rambling into an actual game. I would suggest changing the 20px = 1px map to instead be 32px = 1px, since flowlab uses 32x32 pixel grids and every object square is 32x32, so you would probably get the most accurate map translation by doing it that way. Also congrats again to winning flowjam. If you were able to understand my nonsense meant for advanced users, and you won a flowjam, it might be worth us keeping an eye on what you make next ~

My Flowjam game Reactor 7 used a somewhat similar idea, but it doesn’t actually create any blocks and just uses the grid coordinates directly. The List blocks weren’t around when @Mhx_Air posted the initial idea, but I was able to use one to keep track of what Mhx calls the “chunk map” coordinates directly in the logic. Basically it works like this:

After going through step 4 a bunch of times, you’ll have a a bunch of connected chunks. I then just went though the list afterwards and spawned an entire pre-generated room for each chunk, checking the chunk map each time to see if it was connected to another chunk in each direction.

The logic is all in the Map Gen object if anyone wants to see (or use!) it: 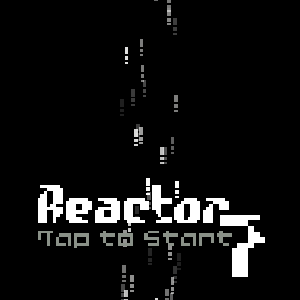 Another upside of having that chunk map is that you can use it for a minimap, as @Greggo demonstrated. If you connect the the following links in the Map Gen, it will spawn a mini-map as the map gets built: 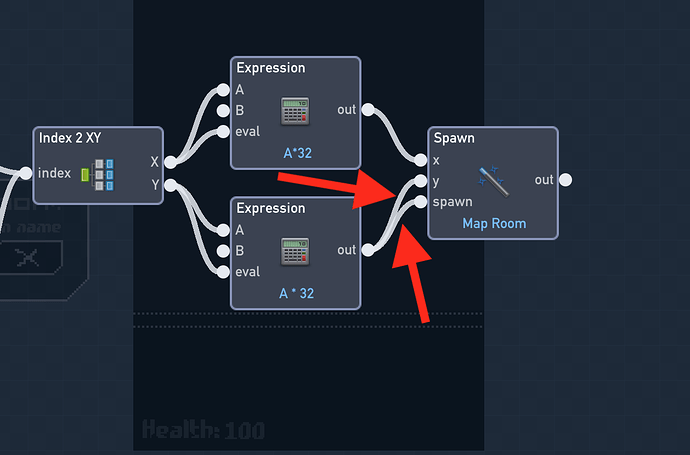 I ran out of time in the Flowjam to actually add a minimap to the game itself though.