What is more important to you, collectibles like coins or cutscenes?

This will help me greatly with nearly all future and current projects.

Sorry, I meant to say cutscenes or collectibles. If you voted already, please let me know of your revised choice.

So does coins mean cutscenes? Cause I would want to vote for that.

Maybe make a new poll so you can gain more accurate results, because not everyone who voted is going to comment their revised choices.

yes it does.
@Ramshacklegamestudios ok the corrected poll is up.

My answer: yes. Coins and cutscenes.

Oh you mean one or the other? In that case, it depends. Do the coins buy anything useful, or are they just for show? Do the cutscenes contribute to the game’s story, or are they also just for show? If they’re meaningless to the game itself, there’s little point in including either, except for aesthetic purposes (and yes I acknowledge that my first Flowlab game had meaningless coins, I don’t know why, I just thought maybe someone would want to collect something).

The coins wouldn’t buy anything.

Would they add up between levels for a “top score” kind of goal to shoot for?

If not, I’d say cutscenes would be better.

Would they add up between levels for a “top score” kind of goal to shoot for? 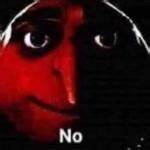 I was originally going to vote for collectibles… But if they are going to have no use, then may as well not add them at all.

But yeah if the coins won’t serve any purpose in the game at all other than a basic feature just to make the game have more of an objective then I really wouldn’t add them just for the sake of having them. That’s like adding coins floating around in a game like Minecraft and they don’t have any use at all except for simply existing.

My first game had coins for no purpose. They were meant to add up between levels for “high score” purposes, but I didn’t know how to make that work. I kept them anyway for like… Super Mario nostalgia or something.

The games I’m making now, I want collectable items to have an actual purpose. Whether it’s for top scores, or “:purchasing” useful stuff in the game.

Why don’t you add the high score now?

I probably can… I think I know how to do it now. I’ve been busy on other projects, but if I can find a quick easy way to make it work, I’ll add it. If it’s more complicated than I thought it would be, it will have to wait.

The problem with my new setup is that if you collect 20 coins in level 1, and finish level 1, you go into level 2 with 20 coins to start. But if you die in level 2… coins reset to 0.

I actually just thought of idea that could work… should work, actually. Let me test it.

It’s kind of cheese, because you can technically collect every coin now, but you’ll die about a million times in the process. And the game is hard enough already, so what the heck. Enjoy the coins!

Enjoy the coins I will.

Also just fixed a potential exploit where someone could finish the game multiple times in a row to exceed the maximum coin score.

Of course that won’t stop anyone from manually entering their own code, but if someone wants to cheat that badly in a single player game where the points don’t matter, be my guest.

UPDATE: I’m done editing that one for today. Let me know if you find any bugs (aside from the ability to double jump and wall cling, I’ll leave those in for now).