Can we get any help for reducing lag/slowness? 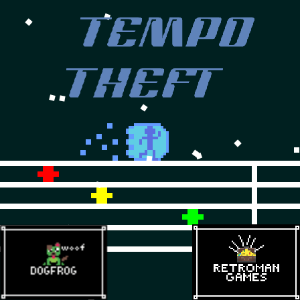 Beta 0.8 --- I collabed with Retroman, for some sprite work and programming. --- ## Controls ASWD or Arrow Keys. (Retroman here, there is secret controls in case ASWD or arrows are not your style, press C once the song starts, and it's DFJK.)

I fixed all my lag by getting rid of Proximity, if it’s possible replace it with collison or ray-cast.

collision can also be quite laggy, I’d just use a shorter raycast for that. But if your not using too many collisions can be fine

Cool game, but I would suggest putting the letters on the things that kill the notes. Without these, you can get confused easily.

I don’t see any lag whatsoever in your game, it runs perfectly fine for me.
Could you say where or how its causing lag? That would be much more helpful to look at.

But here a few tips I can suggest.

Also @Ramshackle, I’ve never seen collision itself causing lag. Do you have an example?

It might have been fixed, but in the past collisions always seemed to slow down the game for me.

As a rythem game, your biggest problem is getting the game to sync with the music. This is because the music in the browser needs to be louded every time you play it

Exactly. This occurred when I was making an FNF spin-off in flowlab. The. Timers. Were. Inconsistent. It just takes a little bit of guessing and hoping the timers aren’t completely off their mark. Also, when making this type of thing, NEVER TRUST THE IN-CODE TESTER!!! Always go to the actual game (not in the editor) to test. It’s tedious, but must be done.

Not sure why not trust the editor view, there should be nothing wrong with it.

I would actually suggest making a mapper that Flowlab can read instead. Create your marks/timestamps for the songs outside of Flowlab and then importing/translating it into Flowlab. Then you just need the music to play with your mapper (in which I suggest asking the player if the music is working before starting).

Timer inconsistencies were fixed in the Game Controller update:

I just deployed a new release with some bugfixes and a small update. Fixes: Timers losing sync over time Text Save Bug null value in Numbers Integer overflow with very large starting values Updates: New behavior block: Game Controller trigger “scale x” and “scale y” added to extractor emit limit bumped to 200 Let me know if you find any issues with the new release. Thanks!

@JR01 is right though - even with perfect timing, the issue will be trying to ensure that the timers and the music begin at the same moment in a rythm game because of load time variance across players.