Can't wait for this feature!

Me waiting for the code editor feature:

it could really elevate flowlab as a platform, so yeah, a code block is really cool, people could really do anything with it! 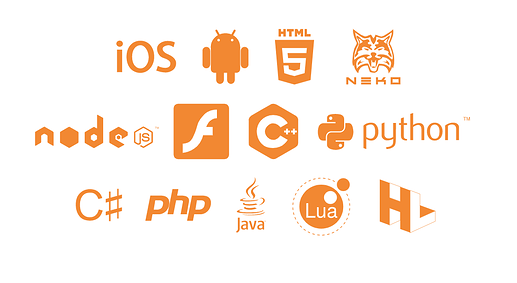 an API Block could let you connect with databases, use custom accounts (so for example i make a website called Gamelogin and i can make a ‘login with Gamelogin’, use custom databases, make discord games/companions for game progession and so much more!

I Am not sure if this is possible but maybe people could add in-app purcheses with this!

Even if its just an API block, it could do a lot

@LevelGames1, Thanks for the explanation. What I meant is why does an API has a block in the text and not by code so maybe is a code editor?

But I do appreciate the explanation!

Databases and custom accounts would provide huge opportunity for a game I’ve been thinking about.
In conclusion: I want an API block

@johnpost, API’s are cool. But on the text it says API block but why is the other one not called code block, instead it’s just called code. So is it a code editor? Or behavior where you could write code in it.

I would guess it means a block for code/api. I don’t know how it would be implemented though. You could always ask grazer what his thoughts are for that.

@grazer, Please help I am confused. Is it a code editor or behavior where you write code in it.

Hey @R0CK - that feature card is talking about two different things that would work together:

There needs to be defined and documented ways to interact with the engine, and they will be tough to change once people start using them, so I need to spend some time nailing them down. Coming up with the API and writing the documentation will probably take more time than actually adding the code block, TBQH.

I’m more exited now that it’ll be a way to change the engine settings in a live game.
If we can also control object settings (like friction, bounce, and layer), this will be everything I need.

But can there be a feature where if you would make a game. A popup would occur where it says "do you want visual code editor or Scripting editor. And if you choose to script you could choose one programming language out of the 14 programming languages.

Just like unity. Where you could switch between a code editor or a visual code editor for example bolt or playmaker = Javascript, Lua, Python, CSS, HTML, C#.

@grazer, So the code feature is a behavior where you could write code in it.

@R0CK I’m sure grazer will get back to you whenever he can, but please don’t spam his username.

No problem, but just learn from your mistakes

I believe that is what Grazer means, and that would revolutionize flowlab coding!
I can’t wait for this feature, and I hope it is everything we are making it up to be!

@Ramshacklegamestudios, When the code editor is added. I would code the hell out of that code editor. I am not sure if grazer is going to add visual coding scripts like the functions of the behavior’s but in scripts. So you don’t need to drop and drag with your fingers all day long, if I would do that everyday my fingers would decay over time, lol.

and with this we could do so much more than just simple coding!