Asking this here because I just read an older thread where someone had made a game with both options, and others were calling it “strange that you would have both options”… (why is that strange?)

I prefer arrow keys myself, because I’m right handed, and arrow keys are easy for me on games that are mostly keyboard controlled.

However, for those who are left handed, or when it comes to playing games that are mouse + keyboard, WASD may be preferable.

For that reason, I’ve decided that all of my games going forward will offer both options as a matter of convenience / personal preference. Is that “weird” or “confusing”?

Keeping in mind that this is for largely keyboard controlled games. Of course I’d use different control schemes if the game was meant to be played on mobile or with a joystick or something like that.

I prefer WASD but it’s good to have both, it could mean the difference of a user playing your game or disowning it.

This has nothing to do with making a viral game, more of how to make users like your game and play it longer:

It depends on what I’m using or what type of game your are making.
If you are making a simple platformer then you can decide between the two, but I feel arrow keys fit best, but if the game includes any type of clicking or movement of a mouse I prefer if it had w,a,s,d since it’s a lot easier to navigate that way. Having arrow keys and needing a mouse can be kinda difficult since I use my right hand for mouse and left hand for controls, but I still think having both as an option in the game is great since any players can adapt to the game easily.

I think having both is best, simply because of accessibility. I usually prefer arrow keys, but if I’m also using a mouse for aiming, it might be easier for me to switch to left hand movement (or vice versa). For me, it depends on the game I’m playing. I just found it odd that someone would complain about having both options…?

Was from an old dead topic that I didn’t want to necro, which is why I made this thread instead. Basically the OP made a game that had both arrow and WASD controls and people complained about it and said it was unnecessary and confusing to have both… uhm. I think that just makes the game more convenient? And it literally only takes me like a minute to add the option to use either side of the keyboard, whereas it could take a player several minutes to adjust to a different setup than they’re used to. One of the very few rare occasions when creating an option is actually easier than using it.

I’m going to also try to include subtitles in my games going forward, in case potential players have hearing difficulties or are playing with the volume off. Would be even better if I knew how to make my games accessible to the blind and translated into different languages, but that’s all way beyond my current skill set for now.

@TGW
Have a toggle for both in the settings. Most people I know use WASD, but it’s always good to have the choice.

I just started adding both to my connections once I realized that was possible (and it’s easy enough to incorporate). If the game is mostly running and jumping, and keyboard commands for everything else, I like arrow keys for movement. If it’s moving and mouse aiming and other keyboard commands, I’ll usually switch to WASD myself.

I think it’s mainly certain users that find the extra bit of code unnecessary when it comes to choosing controls cause they might be newer users who mainly base games on a set of controls and then see a multiple choice set of controls and might get a little confused on the purpose of t he extra code, which can be understandable in that point of view, but I can’t imagine a normal user disagreeing with the idea. Like what you said.

The last “complete” game I made was almost exclusively unnecessary code. I spent about an hour just coding one of the objects to randomly play different random sounds each time you clicked on it. For no reason at all.

Overall though, now that I know how easy it is to implement, I want to incorporate both arrow and WASD movements in all of my PC playable games going forward. Because, why not? Would be different if I wanted to separate WASD from arrows to have them move different things independently, but then once you start getting to he point where a player has to utilize multiple keys across the keyboard at the same time, and potentially use a mouse also…

I can probably only count on one of my seven fingered hands how many gamers I know who have three arms to be able to operate both sides of the keyboard and a mouse at the same time.

Definitely add both, It take a second to set up and offers options to different types of gamers…

Though IRL one of my cousins does have an extra toe (polydactylism).

who have three arms to be able to operate both sides of the keyboard and a mouse at the same time.

Well it seams you severely underestimate how well I can play using my feet.

Wouldn’t surprise me at all. 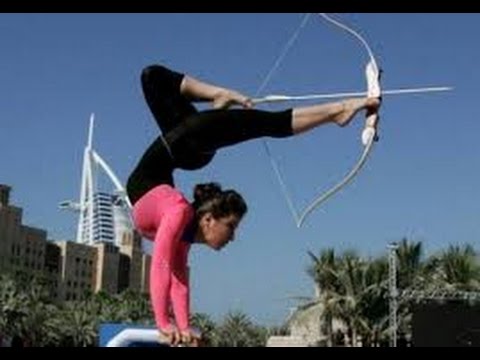 If you have any ideas for a third and fourth set of movement keys for feet, let me know and I will try to add them to my games.

WASD is the common agreed control set to use in most instances, though it’s smart to have both. But, if you need arrow keys to serve a specific purpose, then don’t shy away from using them for something else. Each game is designed to be played a certain way, and that’s completely up to you

Absolutely, if I needed separate movements, I’d reserve arrow keys. But most of the PC-based games I plan to make, I believe the mouse would work best for secondary movements (aim or look, etc.).

I know it sounds like a silly question, obviously having both options should be preferable to just one. I just happened to stumble upon an old thread on here where at least one user thought the idea of having both options available simultaneously was stupid / confusing / unnecessary. I just wanted to get clarification from the community on what the current “best practice” is.

I really don’t see the problem with keybindings, in the professional world if you don’t have it then you’re an idiot. Also, if you were looking at the old forum posts for information, over half of it is outdated and the recommendations like that were scourged with cyberbullies.

(Fyi sorry if this was off topic lol, I just read the initial post and that’s it.)

I wasn’t even looking for information, I was just clicking on “suggested topics” after reading other assorted topics, and found something from late 2020, so not super old. Someone had made a game and someone else was criticizing it for having both WASD and arrow controls. I recently started trying to include both in my games to fit anyone’s personal gaming preference, but after reading those comments, I figured I should make sure most people here are cool with the idea of having movement options on both sides of the keyboard… I figured that was like a QOL feature, and why would anyone object to having a choice on personal preference? Unless it’s breaking my games somehow - and if it is, I hope that someone would let me know. It’s working okay on my end so far…?

I mean, if I connect the same noodles to WASD as I connect to up, left, down, right… they all do the same things, and hopefully shouldn’t be overriding each other or making things glitch.

You can also keybind using that same method, only with saves and text blocks.