I uploaded it to itch! 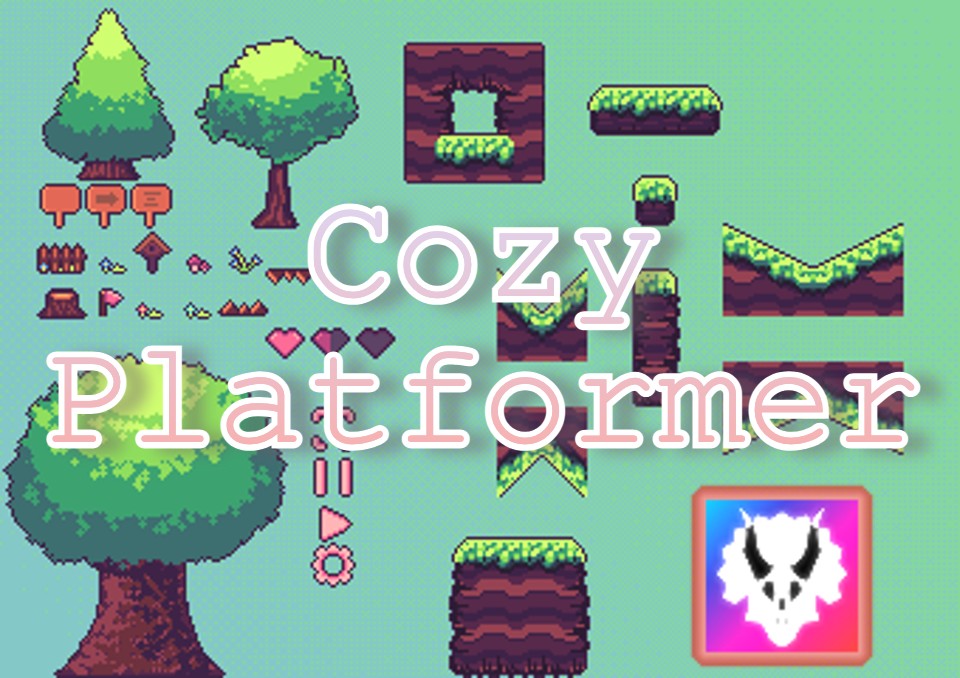 A 16x16 platformer asset pack that is cozy!

It’s my first asset pack like I said so there are some failed stuff there, and I think I screwed it up but whatever, I’ll learn. Also I’m sorry that the itch page is bad, I don’t have much experience with them

Hope someone likes it

Something I forgot to suggest that is always important:
An example of the tiles being used together to make a scene.
I like it, though! Good job!

I tried so hard, but Flowlab isn’t meant to be made with 32x32 tiles. Even when resizing them they don’t line up correctly like they did originally. I even tried learning construct 3’s tilemap system just to make a scene lmao — their system is janky so I gave up. I’m gonna rework the page before July 29th because that day is my “sales day” since it’s creator’s day on itch for that day I set a sale, my asset pack will be 50% off

Also for the scene part, I’m gonna just make a scene in aseprite with the assets.

flowlab is built for 32x32 in specific. 16x16 works perfectly too, just have to resize the sprite in the import screen

Tile Map System [image] Flowlab Game Creator - Tilemap Test I’m back with another complex system that will hopefully be useful for anyone that can use it. This isn’t my first time making a tilemap, but this is my first successful 8-way check tilemap system. Before, I use to use Raycasts to detect 4-way checks, but Raycast would never work for 8-way checks and can cause a lot of lag from the physics engine. So after a Pizza asked if there is a way to tilemap without Raycasts, I had an idea a…

I’m aware, I meant the art didn’t line up (the tiling patterns in the dirt/grass and stuff don’t line up correctly when resizing for some reason).

Yeah, at first when I saw it, I thought that $6 was a bit too much for just a few sprites. You did an amazing job, though!