Doors Of The Kings

New update! Scroll back up to the original post. 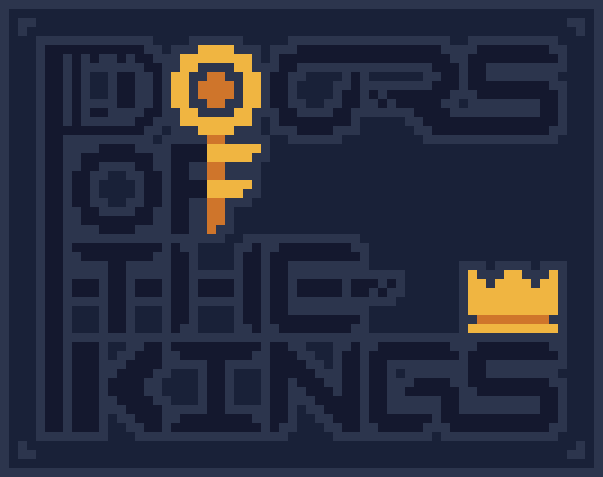 A new door has opened

As promised I’ll be sharing some info on the game. For now, no development of the game has continued, instead, the first few weeks will be about the system that DOTK will have.

Since the last update, I briefly talked about doors, more specifically the types of doors found in the game.
Combat, Mini-Boss, Boss, Challenge, Item, Shop, Blessing, and Event

I didn’t explain in detail what each of them does so I’ll be doing that now.

Through this door, you’ll encounter combat situations, usually 1v1.
There’ll be multiple rounds so that once you finish fighting the next enemy will come out.
Once all enemies have been defeated the door leading to the next room will open.
Enemies fought here may drop loot, the rarity of the loot will increase with difficulty, though you’ll be more likely to get some gold.

Bosses, also known as Kings, have kingdoms to rule over, naturally, they have to help hands to manage each matter in the kingdom.
Minibosses will be based on their kings, you may have to fight the kingdom’s military general, royal scientist, court jester, or even the castle chef.
Each mini-boss will have a weakness, so while they have the ability to defeat the player in only a few hits there will be ways to take them out easier.
Minibosses will drop a random item from the king’s set, powerful items that have special abilities only the king has.

Bosses are the final enemy of each floor, unlike their subjects, they will have no weaknesses making them some of the hardest enemies.
Defeating each boss will reward you with special items, what those items are will depend on what kind of king you defeat.
I’ll discuss bosses at a later date as each individual boss is vastly different from each others.

Here you can fight enemies for a chance at rarer loot, the catch is you must defeat enemies from later floors meaning you’ll be facing enemies much stronger than you.
Each challenge room will have a challenger knight at the end of it, these enemies are in between normal opponents and mini-bosses, defeating them will end the challenge, letting you move on and claim the reward.

Defeating enemies will reward you with gold, the game’s currency.
Here you can buy items or potions to increase your stats.
Passing through will count towards the total amount of rooms needed to reach the end of the floor so they are one of the safest options for you to progress.
But be sure to always purchase something every once in a while, or else the shopkeeper may become annoyed.
If you do anger the shopkeeper it will cause a fight to occur, one of the most difficult ones in fact.
It leaves the question, who is the shopkeeper?

Every once in a while a blessing door will appear.
Here you can rest as there will be no enemies here, instead, you can pray next to the fountains rejuvenating water to heal fully and choosing a buff that will give you more power.

These are special rooms, whatever you encounter here will be completely random.
Random meaning literally anything, you could obtain a legendary item or open into a fight against hordes of enemies.

Hopefully, this clarifies a bit on what each type of door means, next week I might go into the item categories or stats system, not sure but I hope everyone is looking forward to future updates!

And those who are curious about what I’ve been doing for the Flowjam here’s the title art for the game, not sure if anyone is interested in me posting updates on it so the next time you hear about it may be at the end of the Flowjam. 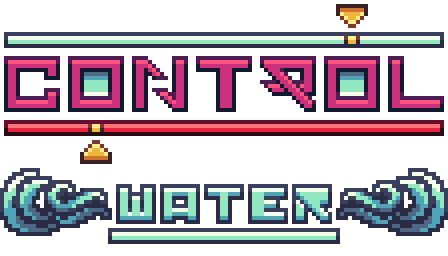 This sounds like it will be pretty awesome! Also, I would love to see updates on your flowjam game! I’m working on one, myself, but I’m not sure how well I’m doing or if it will be ready in time. But seeing someone else’s creative process for something like this would be quite interesting!

How is strength mesured?
By how strong one is?
By how fast one is?
By who one is?
To those who wish to test their strengths, the doors welcome all

I AM NOT LATE, IT’S STILL SUNDAY.

So this week’s been a bit hectic, but even with everything, I’m still here… well my body is, not sure where my soul went.

This week I’ll be keeping it short and simple, what is the stat system?

If you’ve ever played The Binding of Isacc then you might be familiar with the stats that are shown at the bottom left-hand side of the screen.

In The Binding of Isacc the different items and pills you pick up change your stats, DOTK will, not steal, but “adopt aspects of an existing idea”.

Of course, there’ll be changes and additions to the system, no matter how insignificant.

HP - you get to be hit 3 times, no multipliers, no half hears, some items may allow you to gain a temporary heart but other than that the player will become bowser and can only be damaged 3 times.

Defense - Flast Def will increase how effective your shield is, Def% will give you a multiplayer, 20% will increase your Def by 20%, that way you need to balance both in order to find that golden ratio.

Attack - Much like Def, Atk, and Atk% will affect all things that can be considered things you do with your sword.

Stamina - taking a page out of Darksouls, stamina will allow you to attack, dodge, defend, or do any combative actions.

Luck - This will affect your critical hit chance, attacks that do more damage than usual, and item effects.

Now I know this is a bit too short so to compensate for my enteral lack of innovation let’s talk about something relevant! The Flowjam that ended yesterday!

My entry was a small and very shot game called Control:Water. Can you find every bug in the game?
It’s a short game about walking through a snow-covered forest, I wanted to offer a relaxing experience so if you’re looking for a short 5-10 minute game to relax in then I would suggest giving it a try.
Over the next week or so I’ll be making changes to it to hopefully give it some polish, so if it seems fun then maybe come check it out later.

I know it wasn’t much this week but thank you to those who enjoy seeing me try and work out all the messy ideas I have for this game, I’ll be here next week hopefully a bit earlier and with some more exciting news.

Ya know, this topic wasn’t really about posting info about systems, that’s just boring.
The original idea was for this to just be a place for me to dump a bunch of the art and designs from the game so instead of a bunch of text let’s just look at pretty pictures!

Still need to tune the timing of the animation to make it a tad bit smoother but for now, three unique frames of animation will be all for this week.

A NEW FOE HAS APPEARED! 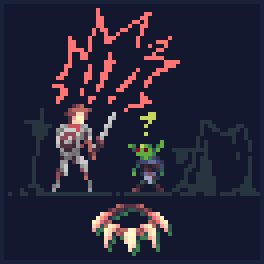 Goblins, a race of creatures known for their guerrilla tactics in combat, but when put into a situation where they must fight an opponent head-on, how will they fair?

Be careful, this one’s unfinished!

Well hello! This part won’t be directly about DOTK but rather the things surrounding it, like other games and what’s been going on behind the scenes.

Anyway, expect to see some more concept ideas and doodles for a while, there’s quite a lot that’s sitting on the back burner.

Another great person lost to the “owo”… 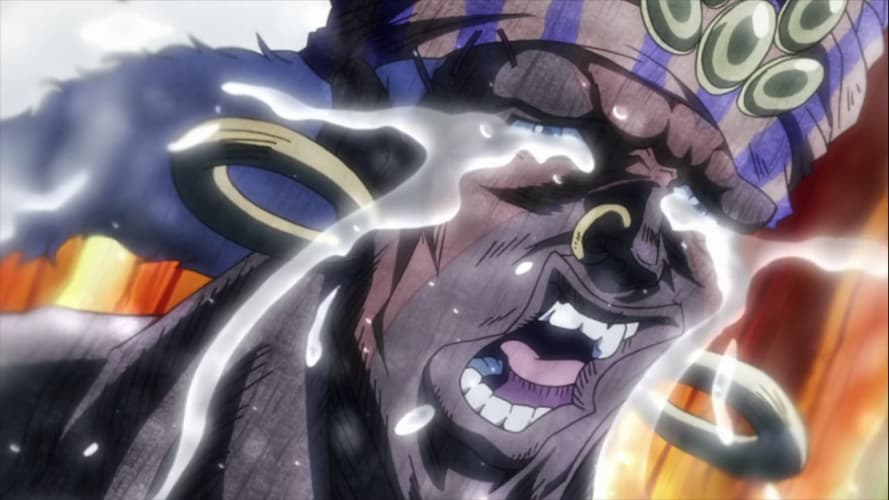 Another great person lost to the “owo”…

You don’t stand a chance against us mwahahaha

The shopkeeper waits eagerly for your future patronage. 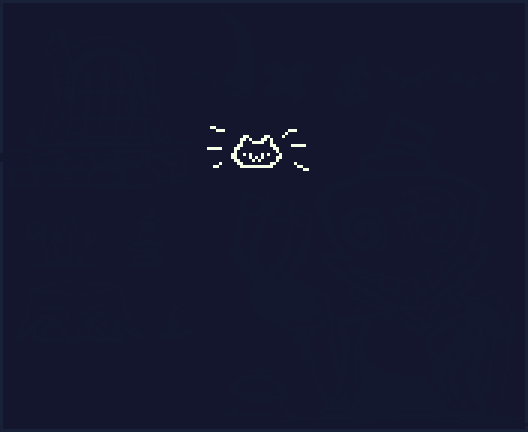 you may need to look into the darkness to see it

I’ll give anything XD

Bongo cat? Without the bongos?

Woah that looks so cool! (I might’ve sorta kinda used a website to make it lighter and it looks awesome!)

Btw, if you’re wondering what I used, it was https://aperisolve.fr/

I knew I had to edit the image somehow… But I failed. My simple brightness attempt based on old FNaF Sister Location teasers, has failed me.

where did my stolen ears go?

Look at em go, where’s the little guy running off to? Nobody knows, but at least he has his ears back.

Heyo! I’m not too well versed in suit anatomy so expect the shopkeeper’s clothing to change a lot. 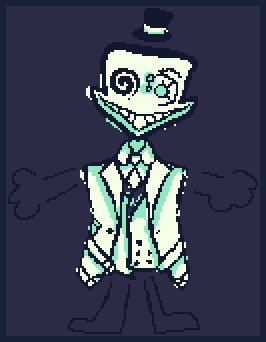