I recently asked about a Warriors game, and it didn’t spark much. But now I want to ask for anyone who would help me create a dungeon defenders style game.
In brief it’s tower defense with RPG elements such as hero’s and customizations.
It would be great to have a varied dev team.

Being a former Dungeon Defenders fanatic I love this idea, but it will be very hard to do in flowlab

It would be 2d, I have the base concept layed out, It should work, the only problem would be pathfinding.

Here is something that I was working on, but its more of an example at this point since its a dead project, but you could use this for inspiration or something, just don’t use the art XD. 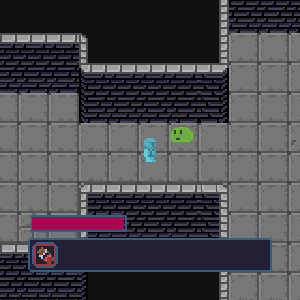 Ive seen tis before it’s amazing. and thank you. I need to collectively find different pieces of work, so that I can make this work.

Would you consider releasing it on steam?

If it’s good of course, all platforms we can.

I just don’t want to do one of these “team games” where we all work together on it for about 2 weeks and it gets abandoned.

If I am helping, I want to help a lot (Not too much, but a fair bit) and I have a lot of games to do so I just want confirmation that this won’t be abandoned.

That’s great, I want this to last too, it’s just not many people have responded.

Then I will help, and it can be a collaboration between you and my company Crossed Sword Games (All that means is I help d I get to put my intro at the start of the game alongside yours)

I don’t have one, this can be your project if you want, I just want it to happen

Yes we did, Literally my childhood, and they aren’t making games as good as they used to, So I want to put my own twist, but if “Crossed Swords Games” wants to take it as there own, I’d love that. Feel like a true indie team.

Cool! I may seem over eager, but have you created a project or a group for it yet?

I was holding off, incase nobody joined, so you can do the honors, although it would be much better if we could use discord to talk, but if most don’t have it, then we can use this.

I have a discord, i can invite you, and I’ll make the game and the team and invite you to the project too

This is great, hopefully we get more people

Alright, here it is.