At least @grazer has some humor lol

Ok i can see the advertise thing, makes sense. I cant wait to see you make another game for the Flowjam. If you make one, which knowing you I’m pretty sure you will right?

Probably, but the authenticity of the game would heavily fall upon if Baron wants to do the art again lol

i will not let this be the best platformer, JUST YOU WAIT…

If I have to do this entire game on my own i will!

Glad to see what you will come up with @The_Undying, but also think about that this game was made in 2 weeks. I do have plans for more in the future; but as it stands, this is arguably one of the best platformers on Flowlab Mwahahaha

I recently released a review on this game, check it out if you want a deeper look at how the game plays:

@JR_01 This is DEFINITELY one of the most complex games iv’e reviewed on a game design stand-point (JR-01’s specialty), with the wall jumping mechanics, the rewind time, and even the scoring system: It all adds up to make the game capable of having you coming back for days! I know i would be coming back for days if it weren’t for a certain game engine… +Despite the main menu being a screenshot, it’s a DAMN good screenshot! Even if it could use some particle effects to make it look more int…

dont doubt me, I am known for doing the unexpected.

Are you sure about that

oh yeah i almost forgot, whats the story of escape the rewind?

@The_Undying, this is also in the dectiption of the game.

"Clockboy is in Trouble! The Clock on his head has broke and he has lost his Time. Help Clockboy retrieve bolts and go to the melding stations to fix his Clock.

Clockboy will reset 15 seconds back if you cant get to the stations in time, as if nothing happened. Being is such a rush, dangers are to arise. Be careful as you reach your Melding stations. There is only enough time to get 3 stations per area, get all the bolts you can!"

How long does it take to reply undying

@JR_01 This is the story Of my game,It is set in medevil era, the world is about the size of jupiter: In a Land that every spec of dust is made of magic, it was a huge place called Nosera, (when a person dies after month after their death the magic in their body is compressed along with thier soul into a crystal) but people found a fallen entity, an entity that claims to be the true creator of everything the power has gone to his head so the gods banished him to the plane of utter darkness, and so thats the title he claims, but he slowly leaves the dimension piece by piece making acolytes, zealots, cultists and the like, and his eternal wispers have entered this world, his worshippers numbers grew in secrecy until they new that they could get away with it, getting away with bringing the darkness back into this world to “claim what was once his” a war between “the forces of light and darkness” the darkness armys created “weapons” genetically enhanced beings that would dessimate a warzonee, the 3 are "Onyx The Undying, Wields chain, has 3 living spells acompanying him, highly dextris, can enrage enemys to make the unable to decide who is ally and who is enemy, is surrounded by animated weapons, and everytime he would die he returns back ro life after 3 days with his body completely intact- 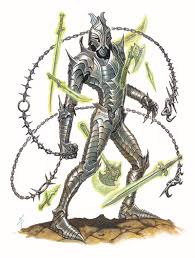 the next weapon is called “Crimson, The Feared” Is a Heavy Duty Melee combatant and has decent regeneration, hits really hard with his claw attacks and bleeds, he had betrayed the armys of darkness for he wasnt completely influenced due to being a rushed creation, there is no proper picture to describe him, just imagine this but kind of hunched and demonic with orange scales- 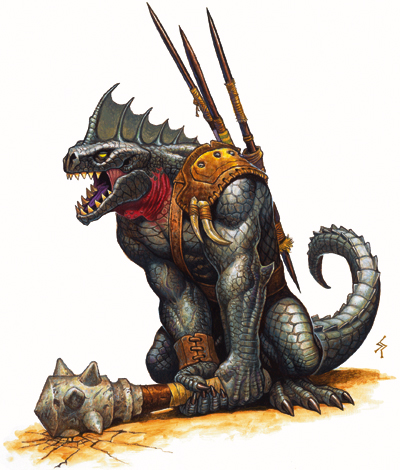 and the last but definitely not least is “Amaranthe, The Silent” the very powerful mage/mind controller and speaks to you via telepathy, he can cast a spell in each hand- 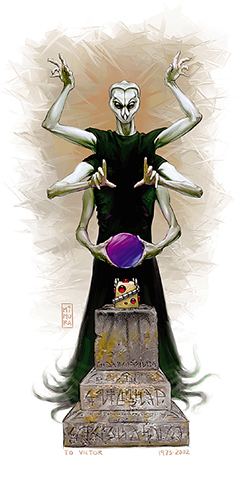 the armys of darkness were failing so the they decided to change their plans and create a storm of unending darkness that sweeps the planet killing everyone…everyone except the continent of eternia, so many people had died there…but in a heroic act the spirits made the continent float up before the darkness storm had slain everyone saving many in the process only a few islands remain(eternia being the biggest-about the size of earth) but someone has found the relics of the darkness, Parax the dark acolyte, someone who would do anything for the darkness is planning to bring him to this world, someone(no one knows who…yet) sensed this and opened portals to many worlds, hoping to have asistance in stopping this, it is up to Adriene darknight(heavy melee with dark and fire attacks uses claws and a katana), Stirana Echowing(Heavy mage, uses force magic and uses a short sword for melee), and Mark Reese(Really fast melee with some damage overtime), I think thats everything, tell me what you think?[poll type=regular results=always public=true chartType=bar]

@The_Undying
Long stories have world building and characters development,
but your making the game from the story, not making the story from the game.

You have to create characters that pre-exist in the story and lore, and designed off of ideas and sketches that you’ve had in mind. You become stuck with the rules you made before the game got off the ground. Which becomes great for long, story driven games and structure.

With Rewind, the game came first. Focusing on smooth movements then on fun wackey characters. Only after the game was finished, we created the story to explain the world and the goals your trying to achieve.

long games are the best games, im kinda wondering who said it sucks so i can kick em in the jaw…just kidding…maybe.