So after a very long break, I thought I’d come back for a while to revisit the games I’ve made, and saw that Fireball. io 2 had almost 70,000 plays. When I opened it, I saw that there really was a lot of room for improvement… so I’ve decided to polish everything up, from the title page to all of the current levels in the story mode, “Dystopian World”!

There’s a lot of content here, so I was hoping that people would play-test it and give me feedback. The new songs built into Flowlab were also super helpful, so shout out to grazer for the great music

(And also to Mhx Air for the ladder mechanics, which I used for the title page)

ALSO: I added a limited-time “Boss Testing” mode, where people will be able to play against bosses that have not yet been added to Dystopian World. This is so that it’s easier for more people to play against the boss and potentially give me feedback before I add it to story mode. Since this is supposed to be the third main boss, I want it to be challenging but not impossible. Any feedback or suggestions are appreciated!

The boss I’m currently making is the “Smiley Face”, and the player’s objective is to shoot down all of its cores while avoiding its attacks. This boss can be accessed by going up to the 4th floor on the title page. 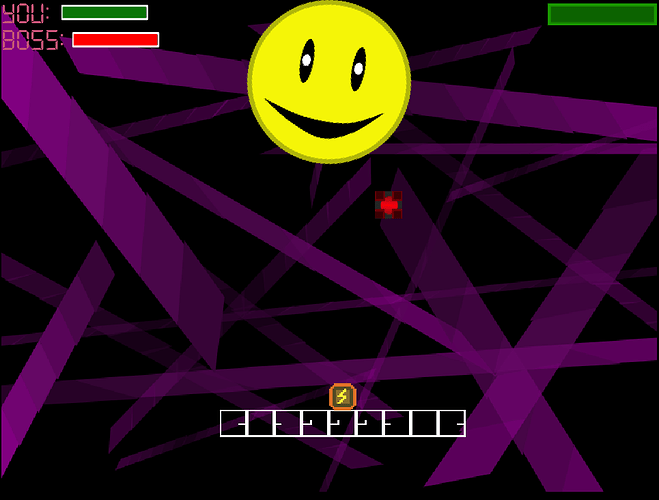 I haven’t seen you since your post of the Google Play of Fear Labyrinth!
Welcome Back!

I’ve been working on this game a lot this week, polishing things up and adding new levels, and I thought I’d share some updates / teasers in here!

I don’t know if anyone’s been able to make it past the 2nd major boss (the D.D.M.) because the game’s super long already, but I finally started adding new levels to Dystopian World. I’m designing this section to be quite cutscene-heavy, so that I can go really deep into the story. Here are a few screenshots: 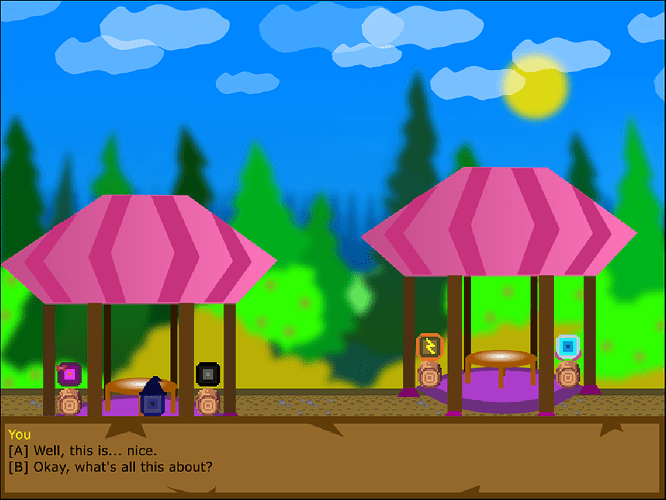 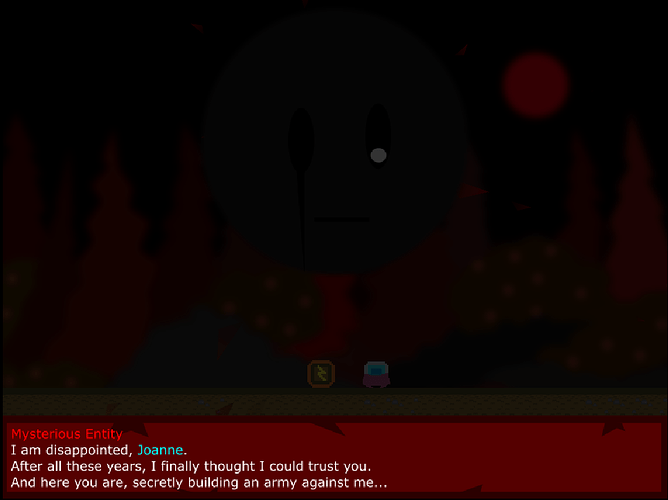 That’s it for now, I’ll probably post a new update after integrating the third major boss into the storyline. Thanks for reading (:

I just finished a (really) huge update to this game, and the third segment is now complete! Here’s a quick breakdown of all that’s included in the new levels:

FINALLY, The third boss has been finalized and connected to the storyline. His second phase has been remodeled, and now he has a total of four possible attacks. 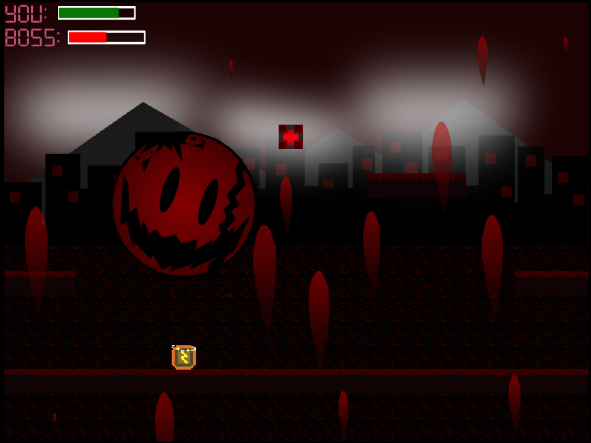 (To play test, go through the door labeled “3” at the title page; dialogue can be scrolled through by pressing the enter key)

New update:
The story of “Dystopian World” has been revamped, so that it fits more into the theme of dystopia! This is likely to be the final version.

Read the written version of the intro here:

[Note: Here, “you” refers to the main character in the story.]

Does my progress save when I close the tab? I don’t really wanna watch all the cutscensnes all over again.

Currently, the player’s progress is saved after every boss fight. I could add more checkpoints in between, if needed (:

Try attacking it from a distance using normal attacks near the middle of the battleground, occasionally picking up flame boxes when they appear. I hope the boss isn’t too difficult? I want players to be able to finish the levels without dying a lot

Oh I was only using flame boxes. The ice spikes coming out of the ground have a very weird hitbox that makes the fight’s difficulty spike upwards.

Yeah, that’s a good point. The ice spikes do protrude over the warning boundaries, so I cut down their hitboxes a little bit on the sides. Now that you mention it, the in-game instructions for the boss fight also may have been unclear, so I also fixed that up.

I don’t think we’ve ever interacted yet, but either way, really liked your games! Welcome back:D

Thanks rcreger! We might not have, since I haven’t been using flowlab at all this past year. I also really liked your game, A-Box!

Hey everyone! I haven’t posted for a while since I was busy, but I still have been working on this game from time to time. This update greatly upgrades pre-existing levels and prepares the story for the bigger picture. There’s a limit to how much I can polish / edit the first two sections, but I hope to sew everything together at the end and provide greater improvements to newer sections.

After a few years of putting things in and switching everything around, I think I’m close to finalizing the story! Integrating them into the game will take a long time, but progress on the game should be steadier now. Currently, everything’s still in the experimental phase.

[2] Added extra sequence in the first village level. Added a quick-time event to allow taking reduced damage from the missile.

[3] Added damage effect (thanks to MetaNinja for the suggestion!).

[6] New cinematic effects for the first encounter with Cain.

[8] Difficulty of the 3rd boss fight adjusted. After reaching 1⁄2 health, Cain’s idle time will be reduced with every attack, to a minimum of 0 seconds. To compensate, his health has slightly decreased.

That’s all for now, along with a bunch of minor tweaks. Although part 4 hasn’t been added yet, this is a major update that changes a lot of aspects of the gameplay, especially in part 3.

Thanks for reading, have a nice day

Ive just started playing the game and i really like it! i do have a question tho, after you get down to the locked door how long do you have to wait till you progress in the story ive played through twice and i keep getting stuck there