For those of us who live in the US, I’d like to say Happy Independence day!!

What are yall doin’ to celebrate your freedom, anything fun, maybe a barbeque, fireworks?

I’m going on a lake with boat pretty much all day. Even to watch the fireworks, lol.

I’ll be grilling brats, but indoors because it’s a hassle for me to barbecue outside (I have no yard). Probably watching all the neighbors’ fireworks tonight.

Lol, I didn’t know brats was a food

Happy fourth! I’m inviting a few friends over for some games and stuff, then heading out to the beautiful desert mountains to watch the whole sky light up with fireworks. 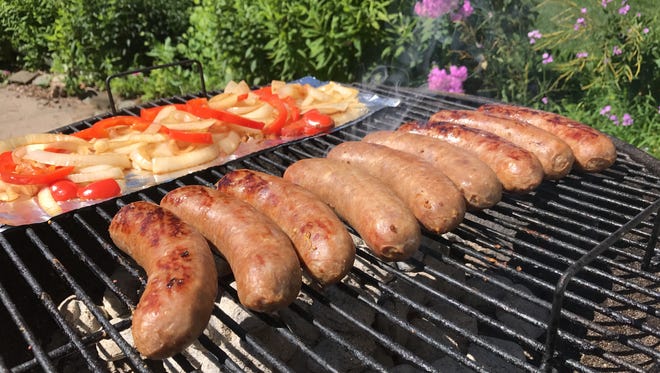 Thank you, an happy 4th of July! I moved to America last year, so this is actually my first independence day. It doesn’t have a huge significance on my life since I’m not from here, but I still respect all the men and women who put their lives on the line to help this country. I’m celebrating by spending time with my boyfriends dad, mom, Grandma and grandpa who all served in the armed forces.

You should definitely try them sometime! They’re great for parties and holidays!

The day is actually meant to celebrate our original independence from England, back when England were bad guys who wanted to rule the entire universe. The American colonists rejected the king’s rule and declared that the people of the colonies should have the power to vote for their own representatives. 4th of July, 1776, is the day that we officially declared ourselves to be an independent nation. May not seem particularly significant today, but back in the 18th century, it was kind of a big deal for a colony to rise up and officially declare independence from a massive empire.

Yeah that makes a lot more sense. I should’ve realized that its something similar when I heared that its called “Independence day”, but thank you for clearing that up!

I’m allergic to hot dogs lol, so no

I recommend you research the revolutionary war, there’s a great, not politicized TV show on Amazon called John Adams. You’ll like it I think.

Is it the pork or the beef part that you’re allergic to? Because you can get “all beef” (and probably “all pork”) versions of either.

Or alternatively, they’ve been making a lot of vegetarian versions of burgers and chicken and such lately, it’s possible that someone has invented a vegetarian “hot dog”.

No, if it’s made breaded, or by a company that makes breaded items, it’s not safe. I am veeery sensitive.

Sounds like a gluten sensitivity? Hot dogs and bratwurst aren’t supposed to be breaded. But they are usually served (and likely stored) alongside bread.

My dad has a gluten sensitivity also. I am fortunately able to tolerate most kinds of foods myself, but I am always respectful of those with other dietary needs.

Well I have IGE allergies to gluten, peanuts and eggs, which means if I touch something I’m allergic to, I take medication instantaneously, and if I eat it, I must be hospitalized immediately or I die.

Yeah, in that case, you have to be very careful what you eat. I’m not allergic to any foods, aside from a minor case of lactose intolerance that I only recently developed. I used to be able to drink milk by the gallon. Age does funny stuff to your body though, so consuming too much dairy now will cause me to rush to the bathroom. Not the emergency room though, fortunately.

And in the case of hot dogs… they are made from a lot of… shall we say “random” ingredients? Few people actually know everything that goes into them. So they’re sketchy anyway, even without food allergies.

I know lol, I’ve done my research, that’s the only reason I haven’t taken the asphalt temperature challenge yet.

So what kinds of foods do you regularly eat? Just out of curiosity, because I like to cook (and eat) and I occasionally like experimenting with foods I probably wouldn’t normally eat myself.