lol sorry for that, im not very organized with code, and no problem

Here is a project that I made for fun. I was bored and decided to test out hexagonal isometric movement. (Probably a separate name for that, but Idk it, lol.)

Q, W, E, A, S, D, to move around. Since in this type of top-down, there are a total of six ways of moving around. So its a little complicated, but it works.
You could use this as idea, but I might end up making a project out don’t copy it exactly, but It’s not really much at the moment, so i don’t mind if you did, but for future reference.

Wait. just a question, how would i use this? i checked it out looks cool but what would i use it for, just so you know im not trying to be rude

I have an idea for a new track, but how do i make a backround go over a backround, but i know you just make the display order higher but! how could i make the car go under that part of the backround 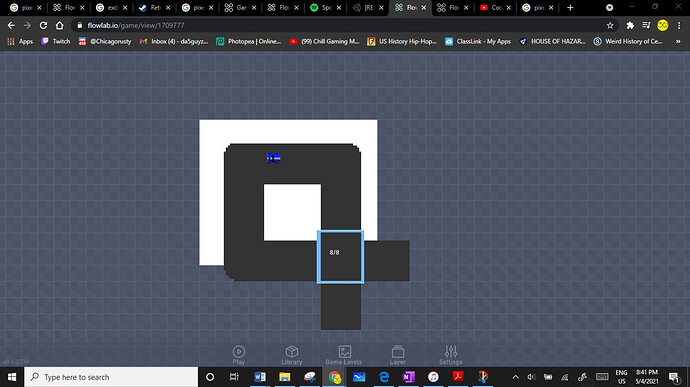 You could use it for some sort of puzzle based adventure game or some sort of rpg board game based skill game. Which I plan on making this into a combination of both in the future, like a digital board game, but I’m sure.
Although you don’t have to use these ideas, it could literally be anything. I will have a smoother transition between moving to different tiles so it seems more accurate.

Alright thank you. Also still asking a question, can you help me out with what i just asked, sorry again if i sound rude

Tbh, I never use the background unless I want to use parallax. What I would usually do is just make everything in the game layer, but add the correct layer and make everything non-solid.
Which I did this in algiophobia, made the character layer 10, and the walls like layer 4, cause I had boundaries behind the walls,m.

Also this would be a cool idea! a puzzle game where you have to solve mysterys

Hmm ok, i mean my game is a top view, so im trying to make it so like i said one of the backrounds overlaps over the other, but the car goes under it 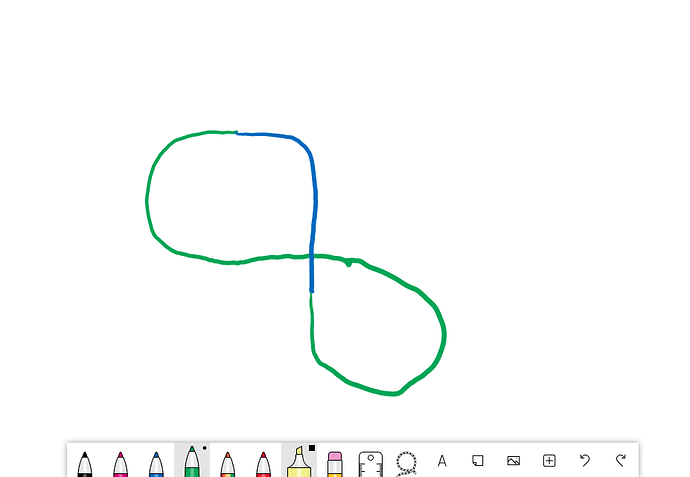 does that make sense orrrrr

I guess I’m not entirely sure what you mean by that. Maybe an example would work.

But let’s say if you had a bridge or something above the car, you could just make it have a higher layer than the car so it passes underneath, but make it in the game layer along with it being non-solid so it acts just like a background, but stuff can pass under it.
Which I think this is what your asking, but I might need an example to further explain it, cause I’m not entirely sure what your after.

Edit: saw the example, give me a sec.

So, there are a few different ways of accomplishing this.
First is car attachment.
What you could do is have the figure 8 sat up for the layering of the car, but if you have a normal car, it would go around the track, but go underneath the bridge every time. But if you made a second car, that attaches itself on a certain checkpoint, lets say on the last turn before the bridge. It would allow the car to attach a second car onto it, with a higher layer number so it looks like the car doesn’t change, but in fact it doubles up. You could make the attached car abstract the first car’s rotation so it lines up perfectly.

Anyway so when the car drives underneath the bridge it’s layer is 4 and the bridge is 5 (example). But when it turned to go onto the bridge it attaches a second car with layer 6 so it actually shows up on the bridge, when the real car is still underneath of it, giving it the effect of multiple layering.

Also for the barricades under the bridge, you could have a switch that disables and enables blocks on either side, of the bridge. For example you have a simple intersect. Well for one road to have complete walls on either side you need you cut off one of the roads so you don’t drive on the intersection and then turn off onto the other one, like you could drive under the bridge and then turn off onto it even though you’re not even on the bridge. You could have two sets of walls, vertical and horizontal, that switch depending on weather the car is coming onto or coming off of the bridge. Which would tie into the checkpoint in which the car gains the second attached car. So when it hits the checkpoint it deletes the original walls and places invisible walls on either side of the bridge so you can’t drive off onto the lower road. And you could do the same for when you drive off of the bridge and have the walls build up along the bottom road and disappear off of the bridge, or else the roads will be blocked and no one can drive through them, as if the bridge is a solid object.

A second option, requires the same flipping mechanic of the walls, but instead of using a second car, you could use a second bridge. When you are driving on the ground, there is a second bridge giving it a higher layer number to appear as if the car is underneath of it, when in reality the car is still driving on top of it, but you want to still include checkpoints to check for the car to see if its driving onto the bridge and if it does, make it delete the second bridge and the car drives onto the original bridge.

In my opinion the first option would be a little easier since all of the code would be on the car instead of using a bunch of messages between the car and the bridge. I probably didn’t explain it real thorough or in detail, but It’s actually getting late for me so I tried giving a quick example or idea on how to do this.
I’m also sure there is a much easier way of doing this, but until there is a layering behavior in the near future, you’re gonna have to make a complete monster code bundle for something that simple, but it’ll pay off in the long run.

Also if you have any questions, which you might still after that poor explanation, then I’ll try to make an example sometime, which won’t be the greatest, but I’ll try to work something out.

And if I’m unable to make an example or provide further information (like I get an event form school or something) then you could contact JR_01 and he’ll probably come up with a way better solution to this.

Sorry for the huge book, but I literally couldn’t explain it in a shorter way, lol.
Anyway like I said, I’ll try my best to come up with some sort of example if you cannot find something out, but there is a chance when I probably can’t or it might be delayed.

Your fine, the problem is if you look at the game theres random skins, so am i going to have to make a copy of every single car, because the skins are a random 0-4 ratio

alright, so should i attach a global to the random? check out the link and click on the car you should see what im talking about

Have the random set into a number, and the number will set the global. Make the global Car Skin so on the second car add the global and make it the same category, Car Skin, and have it feed into filters and animations, pretty much the same as what you did for the first car. You could attach an always into the get input of the global, but it automatically always reads the global when nothing is plugged into it so it works both way.
Which you probably knew that, but oh well, lol.

wait what type should the global be? Number?