I need some advice

Ok, so I’m extremely new to pixel art, but I’m trying to create a sprite for my main character and I need to know two things: First, what do you think of the sprite (be honest but gentle, I’m not very artistic to begin with). Second, Which version of the sprite do you prefer, the one with an outline or the one without an outline? 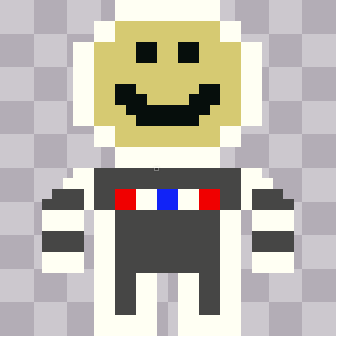 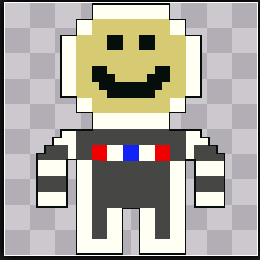 without an outline looks better.

A piece of art’s beauty is in the eye of the beholder.

Well, you kinda got a double outline going on here, the white creates an outline and the black makes little to no difference since it’s a different pixel size than everything else which makes it basically invisible.
The best choice here, no outline, just make sure the bg isn’t completely white.

Ok, @DraftyScienceCoat75 @glowbug, I made some significant changes. What do you think of this one? 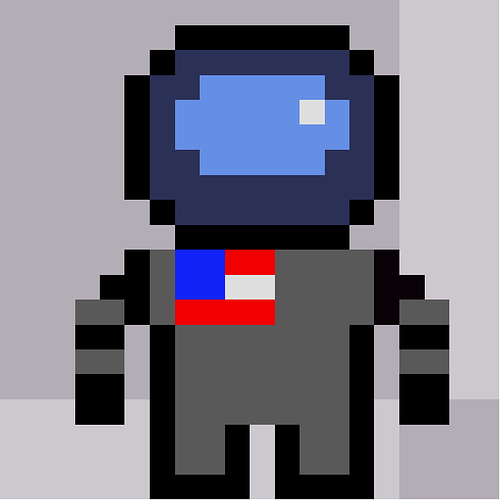 I especially want feedback on the flag. I’m struggling to figure out what to do with it. Should I keep it like this, or maybe just make a red white and blue stripe across the middle, like my original had?

Looks much better. My suggestion would be to have the arms more at the side so it looks natural.

I agree, a person standing would have their shoulders come out then the arm go straight down, you kind of have a more curved thing going on

Yeah, you guys are right, it does look quite unnatural. The only reason I haven’t already fixed that is that I’m not really sure how to put the arms down without them just appearing to be part of the body. Any tips?

maybe try making one one of the arms darker than the rest of the body, and making the other one lighter?

Head looks a lot better, although try to ditch the outlines, the highlighted glass should take up all of the upper space on the helmet, it looks way too dark.
Another thing, shade the body and instead of using black just use a darker shade of gray.

As for the flag, most astronaut suits have the flag on the arm, not the chest.

Also, just as Dukinator and hihilogic said, using shading would help close the arm gaps, and don’t be afraid to hide the arms.
From a head-on perspective, all you need to do is close the gap, if you’re going for a side perspective then you can hide parts of the arm and body.

the flag looks great imo! this is for sure an improvement over the first one as that one had mixels (a combination of pixels of different sizes which often looks awkward) so you’re getting better! the only thing you might want to work on now is making the pose look a bit more natural, maybe bring it all together so the character looks less sprawled out. keep up the good work!

Hmm, in regards to the flag, I’m not entirely sure what to do. If I put it on the arm it looks WAY too big and bulky, and I don’t really know how to make it smaller without just making it the 3 red, white, and blue dots. And if that is the case, then should I even keep it or should I just discard the flag idea and just leave him nationless? That would definitely give me more liberty in terms of creating a story, cus this guy could be literally anyone from anywhere in the universe

Another thing…I really don’t know how to do shading. So, if I get rid of the flag and fill the arm gaps, then it looks like this

Does this look too bland? Or is it just simplistic enough to look good? And what do you think of how I did the arms? Is that better? Does it need to be done differently?

I mean, if you think it should be discarded then discard it, if not then don’t.
It’s up to you wheater you think that’s an important trait of the character. 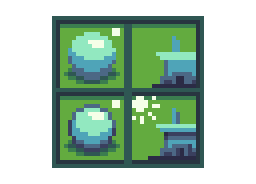 As is, the body is pretty flat, if you add a line to maybe separate the torso and legs then it might make it a bit less “bland”, kinda like what you did with the arms.
The arms are looking a lot better, although maybe make them a bit wider or make the body a bit less wide cause the arms aren’t in proportion with the body which makes the main body look a bit too big.

Other than that, looking good! Just practice making shadows on the sprite.

Ok, so here is my first attempt at shading, tell me what you think 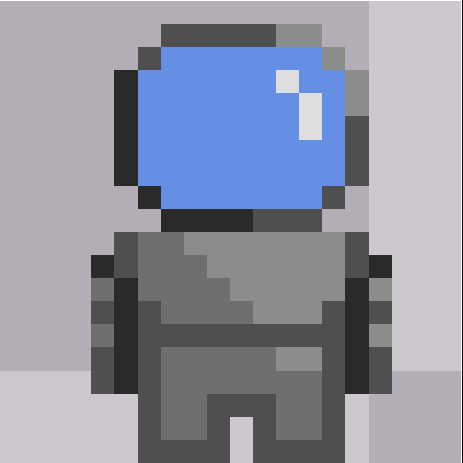 pretty good your definitely better than me lol but when I first opened this discussion you were asking if an outline or no outline looks good and someone said none but personally I like the outline because it shows the ruff edges of the suit it brings more character and slight 3d aspect.

the visor should probably be yellow btw because that’s what astronauts have to block light better, just to make it a bit more realistic

Hey, not bad for a first attempt.
Just remember to shade everything, including the glass, you’ve got the shine now all you need is a bit of a shadow.

That goes for the rest of the body too, you’ve lightened some areas, which is good, but you also need to add a shadow.
You’ve made things brighter, which is good, I wasn’t going to talk about lighting until you have shading down but you’ve done a pretty good job at it. Now you just need to make some parts darker.
Here’s a tip, if it’s the bottom of an object, make it darker.

It’s looking a lot better, really all you need are some finishing touches and I’d say that should be good!

Ok, I gave it another go. I really like the way I did the helmet (I don’t think I’m going to make it yellow, I already have this color palette looking really nice), and I think I finally have the helmet just right. The feet, however… Idk. I kinda got lost when trying to create shading down there, and I’m really not sure how much more shading it would need. I tried to make it seem roundish by making the middle of the legs a bit lighter, but I’m also worried that it might be a bit too messy down there. I also made the left arm a bit darker and a bit more shadowy, but other than that, I’m not really sure what else to shade, or how. 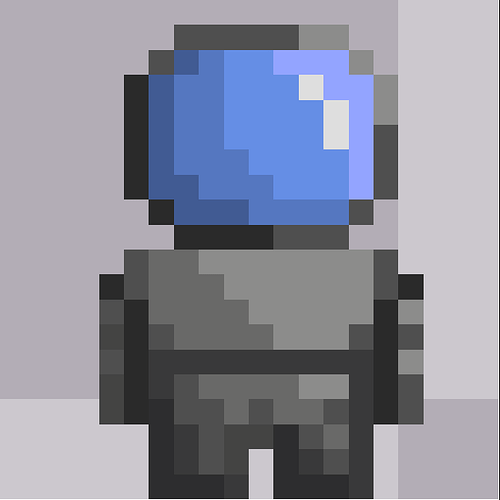 Thank you! But also, oh no! How does one even go about MAKING animations? Am I literally gonna have to completely remake this whole thing for each frame?