Game Try my game please tell me what you think. If you are an experienced coder and have some tweaks you would like to make send me the Url of your edited version of my game and I’ll decide whether or not I would like to include the tweaks you made. I am also currently working on changing the animations from still frames to constant frames instead of the legs moving right when you move left it will be a wheel spinning. The first one I have finished and am going to give properties later on is the shield that will block kill projectiles while you do the parkour which will overall make the game much harder and fun to play instead of the boring jump jump jump type of game it is right now!

If you want a game review or your game to be rated out of 10 then you can post your submission at The Pumpkin Previews (Game Reviews). I would be more than welcome to give you a review and some feedback.

Thanks for the suggestions, also I would like to make suggestions on that game you mad that’s a 2d zombie game the crates are not interactable even though they give the option to press e to interact nothing happens also the zombies do not attack or do dmg and the cursor disappears and doesn’t reappear after u move a good bit away from spawn.

On the crate you have to hold e

Oh and this was the first game I’ve ever made and I’m only 14 so it’s not gonna be that good in the long run but Im trying to learn code at a young age because I’m going for a master’s degree in Programming and Marketing when I’m older so I’m going to learn the basics from this then I’m going to move to something more complex like code.org. After that I’m going to convert to real code that you legit have to type of something like “execute(blah blah blah)</”

nice to know I was confused about that bar above it I guess it was the hold time.

Also i am 14 too. I also want to be a game developer as well ad a YouTuber which i am now

Nice to know that there are people like me that are trying to prepare for a career later on in life I’m going for the people who program the overall function of the game, mostly because they get paid a commission of how much the game the company made, but also because I love to see trial and error and trying to fix bugs and reprogram things to be shorter more functional and cause less packet lossage to the user due to large scripts running at the same time which can really wear down on the ping.

I fixed the mouse movement for the player he’ll toggle properly now.

I mostly want to become and indie developer with maybe a few of my friends that way we can cooperate together, and if i had a part i would mostly do pixel art and game design/story and ideas, but again coding is the best part.

Oh and also how do I create large sprites so that I can animate large menu components all at once like the title of the game. 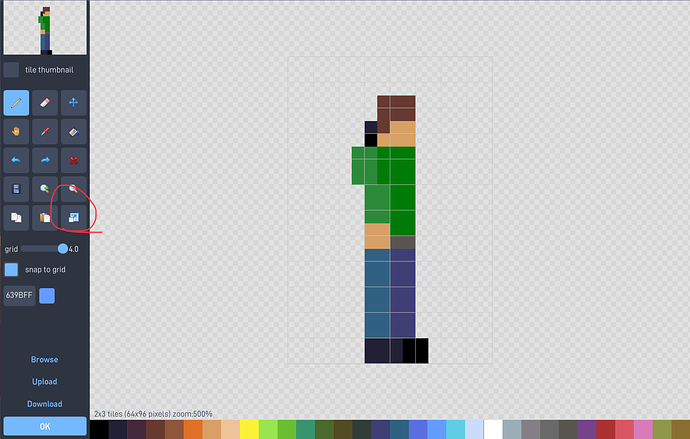 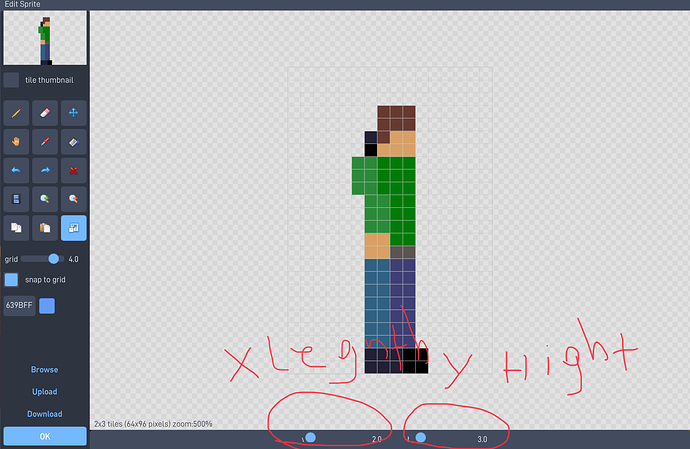 thx m8 I hope I’m not bothering you, I’m probably gonna be asking questions like this all night I’m gonna be working on this all weekend.

I no it’s not a big deal, it’s actually a pleasure to help you. I just like helping people I guess.

No I’ve just picked up the phrase and it’s kind’ve just a thing now, I’m American, my race is a mix of Irish, Italian, Cherokee, and some others Idk. Just mainly Italian which is easy to tell since I grown facial hair very easily and fast and my hair is slowly turning black as I get older like most Italians.

You can not do this. this only applies to your game and not the levels.

I was trying to make the menu wide enough to fit my Title I spent an hour making for it.