(DONT TAKE THE NAME OF THE GAME LIGHTLY)

I’ll be the judge of that.

Beat it, but how does it finish? I just stop at this blue flag?.. 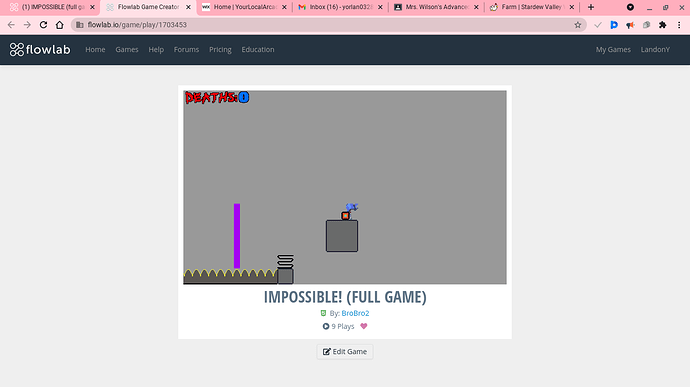 Yes, it isn’t that hard.

But sometimes when you run then jump and try to run again you get stuck.

And aren’t the assets from TheUnityGuild’s example?

Timer only counts up to 1

Still only counts up to 1

Its really not that hard, but the jumping is super inconsistent.
I felt like I was speedrunning because the only way to jump high enough is holding down the run.

what hold on oh wait i know why i forgot to add a number behavior lol.