I need play testers for my new project “Pottery Ninja”. Being a play tester your job is to give feedback on bugs or ways to improve the game so players can have the best experience. Your rewards for being a play tester will be getting a special thanks in the credits and also a free copy of the game from steam. I do plan on posting this game to steam when its finished for around $4.99 USD, so if you want to earn 5 bucks be a play tester. 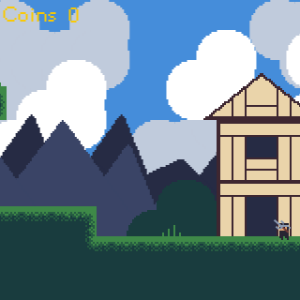 I can do a review on the game if you want. Unsure how quickly I’ll get it in because I’m pretty dedicated to finishing a project rn, so after that when I’m catching up on all my reviews I’ll get to it.

Can you review it after each update?

When I first review it I’ll do my normal in-depth detailed review, but for the updates after that I’ll just list some bullet points

Hey can you play it now and give me some ideas of what I could add to it. Also read disc of game for controls.

I could help playtest when I have the time as well

Reminder that it costs $100 to publish a game to steam.

Yes I know this, I do a lot of research before doing things.

@nhgcr_for_the_3rd_time, @DWGAMEMASTER, and @Galactian I don’t know if you wanted to do it is well but I’m still mentioning you anyway.

Your job starts now so when ever you have free time give me feedback.

Alright just play it every now and then and give me feedback, @puginarug. Glad you can help.

I can’t seem to find the game, is it public or unlisted?

If it’s unlisted, could you post the link here?

I just played the game and from what I’ve experienced through the visuals is that the artstyle is wonderful. I definitely get the full platformer experience.

The movement is a bit janky and I feel like it’s ran on a basic run and jump system. The double jump works pretty well and I like the little cloud that is formed when doing so. Moving left and right feels very sudden and I can see it being a bit more difficult to control if you are faced with tough parkour.

I won’t go to heavily on this though since there isn’t much of an easy way to fix this unless you had a slight acceleration for running and maybe a bit for stopping. I don’t exactly know what playstyle you plan for so I’m not for sure how the actual movement would work, but it just feel very natural from what is given.

The attacking is a bit off since I’m assuming you used emit behaviors to destroy the pottery on the ground. You can stand right on top of a pot and it won’t break when you attack, but have to be displaced in order for it to break.
I would suggest using a spawn behavior and the player could constantly send a message determining whether you are facing left or right and allow the spawned object to move in the direction you’re facing. That way it spawns ontop of the player and moves in the direction you attacked to allow pottery ontop of you to break as well.

The coins are a bit difficult to actually see because of their small size and maybe have an animation of a border around them when getting close or even flying out of the pot when they first break. The coin is hard to differentiate between itself or the pieces of the pot.

I would recommend maybe having a left and right click attack with a kunai such as close range and projectile. I feel this would work really well with what you’re dealing with.

I can’t really suggest any possible ideas since I don’t have much to go off of and I don’t know the exact story yet, but I can’t wait to see what all you plan for it.

Ok, here’s my feedback! Like @ManiacPumpkin said i think the turning feels a bit too sudden and i also think the character’s movement speed should be reduced, I also think it would look better if the the character flipped to look towards the mouse since it’s a bit unrealistic having the character attack from behind itself

the game visually looks great, it’s really fun and satisfying to smash the pots and the controls feel pretty good

I cant tell much from the one level, but this looks promising

also when i play the game, the player object isn’t there, i have to manually place it

One thing I would recommend is to make the background a bit more detailed, the solid colours feel too flat compared to the foreground/game world

yea, i also had to spawn in the character, and i have about the same thoughts about the art except i actually really like the minimalist style of the background