The New Announcement and Updates Channel!

With many other announcement channels taking off on flowlab I thought I would give a direct sequel to my original Crossed Sword Games Announcement channel which was created around the same time as the summer flowjam, but this time being a lot more active.

Here you will see updates on the newest games we have in the works as well as other things regarding Crossed Sword Games as a whole.

What is Crossed Sword Game Studios?

Flowlab users in whom has been here for a while may have heard of this but some people may be wondering what “Crossed Sword Games Studios” is? Crossed Sword Game Studios is my indie game development mini-company dedicated to creating games varying of all types. Despite having many games in development none has been officially released with 2 near completion.

What Games do we have in Development?:

I have been using Flowlab for nearly 2 years, so it’s only natural for many games to be in development, and some upcoming, but which? The games you will be seeing a lot of updates and announcements on will be listed bellow!

Other Ways to keep in touch and find out more:

hi kodex haven’t talked to you in a while!

In the Combat Car Adventures you are a car who travels through dimensions to save you’re home world from the dastardly Jade Overlord.

There are quite a few dimensions I’m taking from the original, but what ones do you want to see from this the most?

What other dimensions would you like to see in the Combat Car Adventures Reboot?

So the Gaurdians of Winterglow has been in some heavy development and some more upcoming features will include:

Anything else you think would make fine additions to this dungeon defenders inspired game?

Though I’m not too familiar of the game, it’d be neat to see a game with an advanced defense system.

Here’s the game for reference: 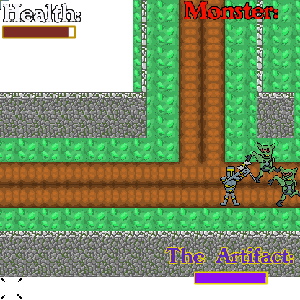 Oh, I remember it now XD

But yeah, I hold the same comment for a defense system, something simple like a block or different shields.

@rcreger Well so far we have a Celestial Rod which explodes near enemies and a Canon that fires at near enemies, and will have a barrier and a flamethrower.

We also used a system that to use these you would need a certain amount of resources, like crafting, but not. You can also get refunds by clicking them. It’s still in heavy development though.

Sounds interesting! These are pretty good ideas, too!

I’ll look forward to checking it out when it comes out! Good luck!

Merry Christmas all of flowlab! I hope you all are having a fantastic holiday and a great day. Expect loads more Crossed Sword Game Studios updates and more, but for now, happy holidays!

Massive Update for the game The Gaurdians of Winterglow out base character the Paldain is finished meaning work on all other chacters can begin.

So, finally, we have a warlock class! We’ve only done the male version so far but everything is in order and working fine as well as many of his abilities that match the Paldain!

Once all the character are done this will be a huge development in which leaves little game design to work with to finish the game! We can also soon begin art and wallpapers and promotial versions of both once all characters are done.

Expect major changes to the enemy system and waves next as well as a main menu and character select.

Smaller but very significant update to the game, we now have the female warlock class! It works fine and is equipped with their own sprites and code, only took me a out an hour and a half.

@The_KWASM has been working on code and level design as well as improving waves and adding an out of bounds area and more!

Would you like to see pets in the Combat Car Adventures? These can be purchased from the shop. They won’t help but they will be cute companions.

That would be cool if you had a trailer that either gives you an extra heart/life or you can use it to drop on spikes so or dangerous obstacles so it can be a platform to get across easier one but a one time use. Just an idea.

@ManiacPumpkin I do like the idea of it maybe being able to help with life, that could be useful.

Stuff to look forward too:

BIG Update to the game, we have our newest rogue class complete! It took hours of spriting but now we have 3 classes with a male and female counterparts done, which leaves only few more to do left!

What’s coming is at least 2 more classes along with new enemies and weapons, as well as some major new gameplay mechanics and waves of enemies still being tinkered with by @The_KWASM, so stay tuned!

Massive Update for the Combat Car Adventures Reboot game, it now has its own main menu and title screen as well as a level select, options and extras page in the works. This has taken over 12 hours to do along with a few other following updates so please check it out in the link below.

I have started work on level 2 - 1 which is coming along well frustratingly beautifully, our fist enemy is in the works as well as tons of more deathtraps! I also tinkered around with the 1 - 5 Boss battle and re-imagined it but it is not yet ready. Do have a play and see how far you come with so far 4 playable and complete levels!

We also have a warning and our newly polished company logo at the beginning of the game with a fancy new thumbnail! Please check out the game and give it a test play and give me as much feedback as you can! 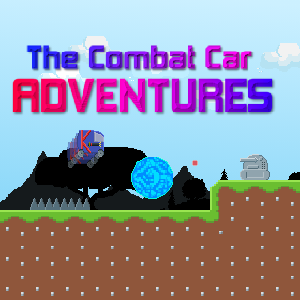 Please report any problems and I will try my best to fix them. It’s a confusing game, but you’ll get the hang of it.

(Also I haven’t had any sleep for the last 12 hours due to work on this game so I won’t respond for about 5 hours, so leave any quarrels here and I’ll take a look at any of them whenever I wake up)

Yes @The_KWASM and @GGSTUDIOS I am still working relentlessly on the Guardians of Winterglow but I thought I would spend some time on some of my other projects today, so expect more updates for that game too