Hi everyone! I figured it’s about time that I make a page for my game, universal crumble, which I’ve been hard at work at to submit to the summer flowjam 2022.
Universal crumble is a game where you race to the center of the galaxy away from a void of vaccuum decay, after a scientist’s experiment breached containment.

There are five levels in the game, and the difficulty will increase with each one. New mechanics and stuff in general are planned to be introduced each level, apart from the last one.
The game is played primarily with WASD in a space physics like environment. Think of a nasa cargo pod; it can push itself in different directions via thrusters.

As of writing this, level 1 is done and the game is finally ready to be tested! The game can be played here: Flowlab Game Creator - Universal Crumble
Any and all feedback is greatly appreciated. Thank you!!

I like the handmade text and title artwork, but I’m a sucker for old school pixel art.

One of the best ones on the list. Haven’t played them all yet, but there’ll have to be a VERY good one to beat this one for me. Art, execution, music, gameplay, features - all very well done! When I saw that the HUD went transparent when the player object went behind it, I knew this was going to be quality lol

Thank you so much for the kind words creger, they make me proud of my work. Glad you loved the game!

Hey all, I wanted to give a little update for the game!

Second, here are some of my ideas for the future.
GALACDRIVE is my main project and I’ll return to it sooner or later, but for now I’ve been coming up with some extra ideas for universal crumble.

LEADERBOARD: My ideas for a leaderboard are either a points system for people who beat the final level on easy/hard, OR a system that tracks if you’ve beaten each level, on what difficulties, and assigns you total points, kind of like a “stars system”.

UI: One UI element I never got to implement that I definitely would is something that tracks how far away you are from the void. This way you can get a better sense of the void’s distance. I had some other UI design ideas, but they’d be all cosmetic.

NEW LEVELS: I was thinking about adding one or two “bonus levels” that are even harder than level 5. This game got several nerfs during development, so the pinnacle of difficulty is definitely not level 5. I would definitely add new home screens/win screens for beating these levels if you managed to.

ULTRA MODE: This is one my dad suggested - a mode that makes the game even harder. The player would start with 1 HP and the void would move slightly faster than hard mode. I might actually implement this instead of new levels, but we shall see.

ACHIEVEMENTS: I definitely want to get some kind of achievement system in place. I’ve got a lot of cool ideas for them, beyond “beat this level”. Designing logos for them would be just as fun as well.

YES, I will beat ultra mode and be the top of the leaderboard.

those are some bold words!!

Congratulations @sup3r87 - had a lot of fun playing your game, and one of the few that I played until the end (including outside Flowlab lol). Well done! Looking forward to the updates as well:D

Again, congrats on the win bro! The game is great.
One thing that bothers me is how the background layer doesn’t have any contrast from the gameplay layer, so it’s kinda distracting and hard to tell one from the other.

This is how a level currently looks: 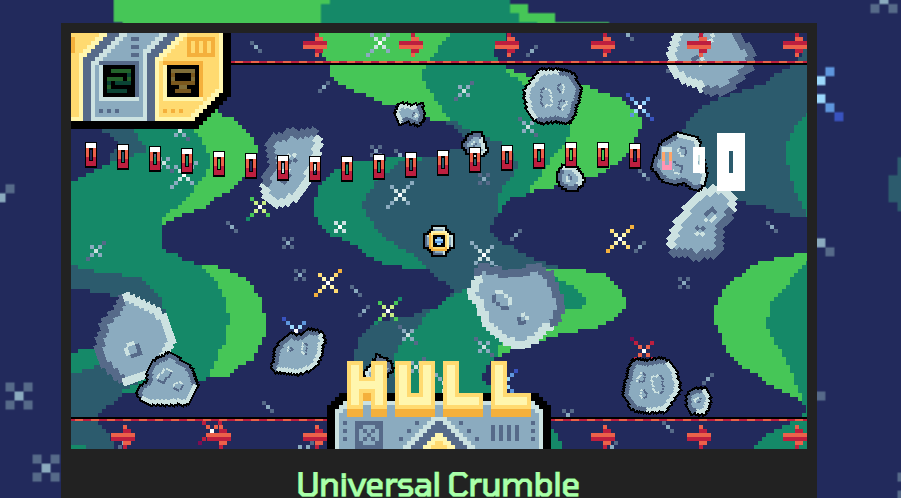 My suggestion:
I simply added a black/dark-colored object to the background over the other bg elements. 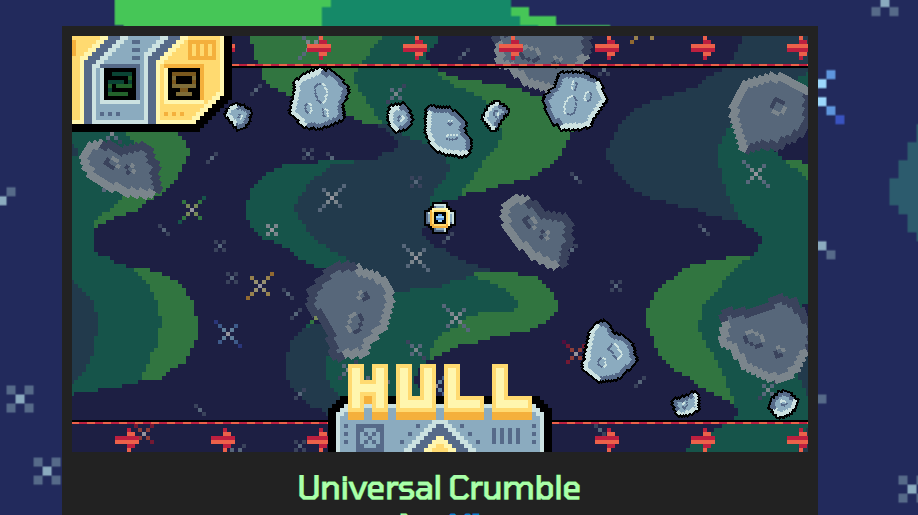 Sorry for going ahead and changing your game; I wanted to be sure it did look better before saying something.

What do you think?

Part of the art design for this game is that all background objects have no outline, and all foreground/relevant objects have a black outline, so you can differ the two. I could definitely make a menu where you can adjust something like that though for accessibility purposes. Thanks for the suggestion!

At the moment, I am implementing the third difficulty level, but once that’s done I’ll do that next.

ik but still, the game is about dodging rocks but the only thing noticeable from them is the outline

NOTE: Unless you are overconfident, or a masochist, please do not attempt to complete the game with doom mode. It’s supposed to be the ultimate difficulty, and is not for the casual gamer. I managed to beat level 5 with doom mode (yes the “mode” text at the top changes) and even with my best tricks and tactics, it took me a good 15 minutes. DOOM MODE IS NOT FOR THE FAINT OF HEART.

just a dev note, advanced settings menu is coming next for things like background contrast, HD mode and possibly other things in the future. If all goes well, most of it’ll be done by the end of today and 1.1 can launch. I’ve been trying my best to implement this stuff in the background so people can still play crumble without experiencing anomalies lol

DOOM MODE
The third difficulty, DOOM MODE makes the void go 1.5x the speed as hard mode, and gives the player only 1HP to work with. It is an incredibly unforgiving and punishing way to play the game. Expert pilots reccomended only.

ADVANCED SETTINGS MENU
From the main menu, you can now hit this button to access the brand new advanced settings menu: 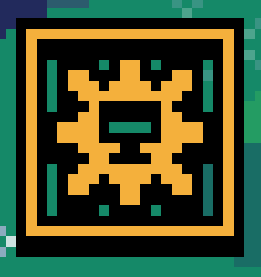 The advanced settings menu comes with some new things to work with. You can Adjust the background contrast, and toggle certain elements on and off. A new UI object has been added that displays the difficulty you’re playing on during the game, but those who think it (and future UI elements that are planned to be added) clutter the screen, the UI button will toggle off all UI elements aside from the essentials. 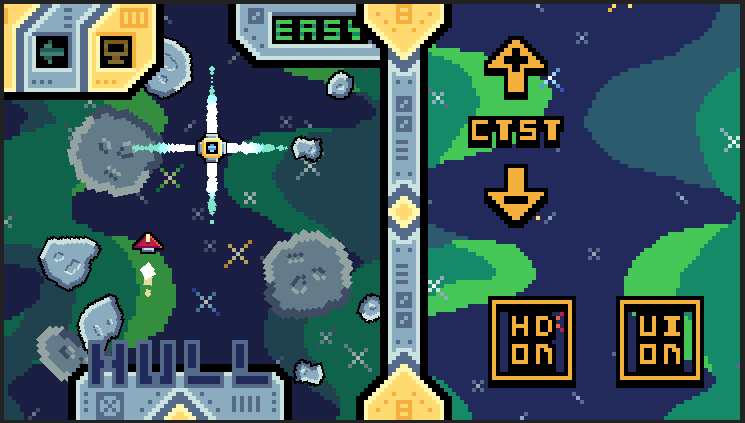 Next up will be a new level saving system that tracks what difficulty you beat each level on, and a leaderboard to go with it. This will obviously take a lot of time so please have patience. Thank you for following the dev log!

After alpaca’s level builder example you should add a level builder, so you won’t need to add any new levels, we can play our own/other made levels.

A level editor would be awesome but I frankly have absolutely no idea how to implement that kinda thing in crumble. Plus, crumble comes with things like music settings, void speeds, and other hurdles to overcome. And GALACDRIVE is still my main project. But it’s not a bad idea at all, just not feasible atm

I really want to try to make an easy system to do that. And since I have no projects going on rn I think Ill start.

that’d be a fun challenge!