Why is this game so bugged. Plus more

Why is my game so bugged? And why don’t my games even appear when you search for them in Games. 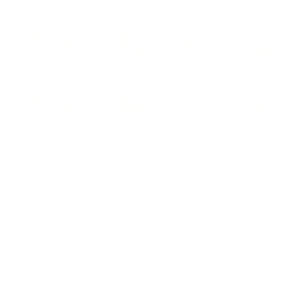 A puzzle game. You play as a AI ( Artificial intelligence ) and are being tested it seems, you have no idea why. You have no memory, you just came to "life". You do not know where you are or how the world is outside the facility.

The bugs are most likely from your own coding, it’s really really late for me rn so I’m going to sleep soon, but tomorrow morning I’ll look through the code tomorrow (More details on what is bugged would be great. Just saying something is bugged does not help us identify the problem).

As for why it does not come up in the search, that happens for

A small tip, the best way to get people to play your game would probably to make a dev log on the forums.

Hey the game has several plays. One of my most popular games that doesn’t show up have 900+. Also it is not my coding that is wrong, haha I seem a bit stubborn on that but my “block” that tells my character to be deleted after the death animation is done only gets activated once for some weird reason. But the character still gets removed everytime the death animation is done.

I tried placing a sound as a respawn sound to when it is done being removed but due to this weird bug it only happens at the first activation. I tried changing the sound because why not, and now it seems to play half of the sound every time I die after my first death. Quite literally only half of the audio.

Several other things is just outright broken. And for some twist of fate, whenever I play for example a audio called robot spark, but have a audio file called robo song they seem to intertwine with eachother. Such as the robo song appearing twice rather than robot spark and robo song playing seperately. There are countless more weird broken features. I even tested it with different computers and they all had the same bugs.

I tried looking through the code, but it’s just to messy for me to look through it all.

Here are some tips to organize your code better

I took a glance at your code and I think you could really benefit from doing these things. There’s WAY too much space, your code can be condensed down easily. What this means is that your behaviors are placed all over the place, so reorganize them into neat rows that are easy to read. Always move forwards. Some of you connecting wires lead to a behavior behind them, just move that behavior forward so the wire goes forward, it’s much easier to understand and looks better. Give the behaviors pro…

Yeah I will definitely do this. BUT, that still doesn’t explain many of the bugs i’m getting. For example when you die why does the respawn sound only appear full the first time you die? Then half of the audio removed after the first death.

Flowlab is a little glitchy with audio sometimes. Wish I could help more, idk what would cause it because it spawns a new one of itself, so nothing could be turned off

Yeah and I just tried something and audio only plays upon first activation now … Atleast some types of audio, not all. Completely broken.