Wilder’s Creation is by far my greatest achievement and a game I’m absolutely proud of, flaws and all. So, naturally, I was tempted by the idea of a sequel and even while developing the game I had imagined the possibilities of a future installment. As much as I love Wilder’s Creation, there’s a lot that can be expanded on and improved in a sequel, and I hope to be able to deliver.

To get to the point, Pallet Productions is officially announcing that a sequel to Wilder’s Creation is in development!

Now, I don’t quite know how long the development time will be. I have an idea on when I would like the game to release but I really am not sure. I also won’t promise a consistent stream of updates for a bit. The game is still early in its development and I’m mostly focusing on concept art and game planning at the moment.

I hope I can count on the support and patience of Flowlab, and I hope you all look forward to Pallet Productions next big project! 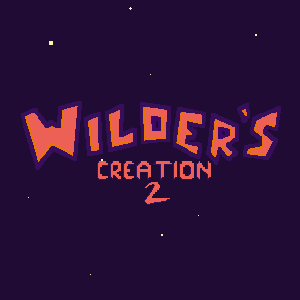 Logo and title not official

I’ve worked on the concept art and game structure in a sketch book I have for a while now and I’ve recently started working on the physics of the actual game itself. I’ve been messing around in a test level trying out mechanics and working on the art style of the game. I might share some images soon so be on the lookout for that…

Planning for the game is going great and I’ve begun working on level design. I’ve been really busy thanks in no small part to school but I’m doing my best to be active on Flowlab at least in terms of working on the game.

Here’s a look at the sprite for the creation in its second outing: 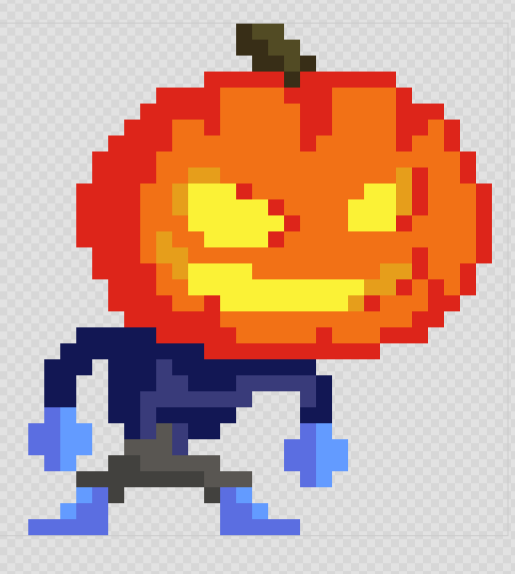 I really like the look of this sprite and hope you keep looking out for more announcements and reveals!

Why is @ManiacPumpkin in yer game

Try to add another creation that can help Pumpkin head like a Witch hat head???

@Blackhole_1001 I like the idea, but unfortunately I have no plans on adding another creation to the game. However, I do have other characters planned and one of them may just take inspiration from your idea

Yup, this is still a thing. I know I haven’t said…well anything about this project in months but I’m still working on this. In recent months I’ve occupied myself with a lot of other things including the Summer Flowjam and another project I’ve got going on.

Wilder’s Creation 2 is still mostly in planning phase, although I have been messing around in Flowlab with physics and mechanics. I’ve learned a lot in the passed few months so I’m feeling really confident with what I can do with this game.

As a sorry for the silence, here is a random piece of concept art: 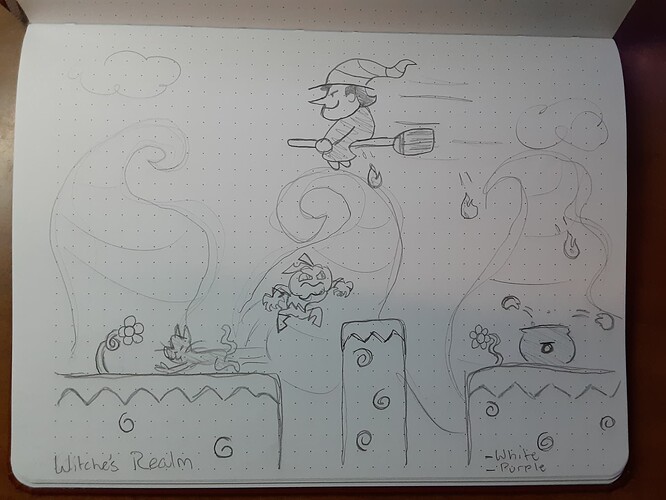 WOOOH, can’t wait! Good luck with the development blues - looking forward to this one!

You could release it March 31st. The next day, on April 1st, you could change the title to Wilder’s Creation 2: Electric Boogaloo or Wilder’s Creation 2 & Knuckles. For the Knuckles one you could add Knuckles into the game somehow, like as a boss or player. On April 2nd, things go back to normal and the April Fools Update changes every year.

A very interesting idea. However I don’t think I’ll be going that route. However thank you @_GAMOOG for changing the title! If you don’t mind I think I’d like to keep it as just Wilder’s Creation 2 - Announcement and Updates. No need for the bracket title until I’m able to consistently change it myself.

I remember months ago, I had done a review of Wilder’s Creation in my review discussion, and it got a really high score. I haven’t payed attention to this discussion until now. I am really excited for the next chapter in Wilder’s Creation’s adventure!

Understandable, have a great day. And you’re welcome.

So one thing I feel that Wilder’s Creation didn’t quite put enough effort into was the spooky theme. Due to the story, I restricted myself to a central location and had to work with what that gave me.

With the sequel, I’ve given myself a lot more room to work with the spooky theme and create a diverse world. I’m really liking the ideas I have and hope to really give an experience that captures the fun spirit of Halloween better.

Can’t wait to show you all what’s planned!

Can’t wait for it! Another anticipated game from the Greggo:O

Also, is One Minute Miner out yet?

I’m still working with Grazer on getting OMM out the door. As it turns out, Apple is very particular in the quality of the games getting submitted so we’re making sure OMM will be up to their quality standards. Then we have to wait a while for Apple to actually inspect the game and pass it which could take weeks. It’s just overall a bit of a process that Grazer is thankfully able to help me through.

Don’t worry, though. Once it’s out I’ll make a big fuss about it on the OMM forum.

Hahaha, can’t wait for it! I’m definitely gonna get it when it comes out

Guys I’m a regular again, so I can edit the title!

So, I’ve been really debating on what would be best for Wilder’s Creation 2’s combat system. I have some ideas but I need a bit if feedback for the first game’s combat system.

Did you guys like the proximity based Spook Attack? I know it can be improved but do you want to see it return and hopefully more fleshed out? Or would you want a new combat system?

Please leave some feedback if you can. Thanks!