Shattering steel is lower than most flowlab games, but it’s also a much more polished game

I don’t think you’re the first to bring up lag in shattering steel, so I’ll look into optimization for sure to see what I can do. Did you have the graphics settings turned up?

I think I turned everything off besides the screen effects

Ok then yeah, I need to look into it even more so then. I’d hate to see what the fps would be with those turned on lol

Please rank these boots based on utility and coolness with 1 being the worst and 5 being the best: Monomotor

Can you please add a battle pass if it fits the game?

Please rank these boots based on utility and coolness with 1 being the worst and 5 being the best: Coiled Legs

Please rank these boots based on utility and coolness with 1 being the worst and 5 being the best: Hover Fan

Please rank these boots based on utility and coolness with 1 being the worst and 5 being the best: Thrusters

Please rank these boots based on utility and coolness with 1 being the worst and 5 being the best: Boom Boots

Surprised this is the highest so far, I think of hover boots are more useful, but these ones are definitely cooler

Yeah, I think something about having explosions at your beck and call is just really fun even if it isn’t entirely practical sometimes lol

Well now that boot rankings are done, I can do some fun data manipulation with them to show you guys! I’ll be able to use this info for the next major update too, so stay tuned!

Weapon rankings?
we all know which will win, but since that is basically just a dev tool, i’d like to see what people think of the other weapons

Yep, weapon rankings are next! I’ll be doing those soon, just there’ll be a small break in between to give myself time to make use of the rankings you all submitted 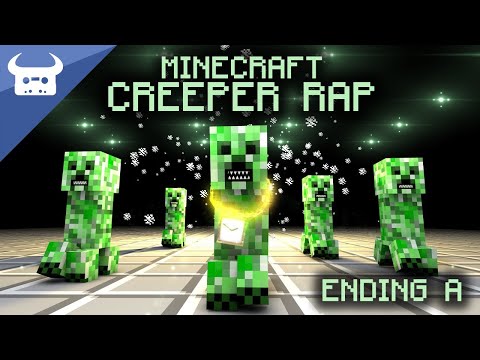 This data is pretty subjective so most of the claims here are mostly based on speculation and hunches as the dev. 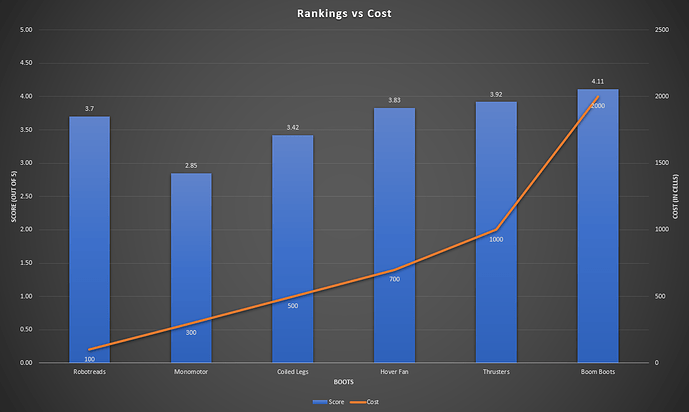 Interesting conclusions can be derived from this data. Mostly that the monomotor is pretty underpowered. It’s likely that the order of most playthroughs after the first goes like this for boot progression:

This could mean that the legs directly after the robotreads are mostly ignored and may be seen as a money trap by some.

On an individual basis:

Regarding new boot types:
It appears to be that the best spots for new boots would be in the range before boom boots, but after coiled legs with some exception made for a pair coming right after robotreads perhaps. Coiled legs and monomotor need major tweaks to better serve their point in progression. There are currently 6 pairs of boots in the game, so adding 4 more to make 10 seems like a good number. If you would like to see the current progress of boot development, feel free to check out the trello, and as always suggestions and thoughts are welcome!

A story is definitely coming, but that will be a bit longer from now as it is a little lower on the priority list. I can definitely consider a machine gun like weapon