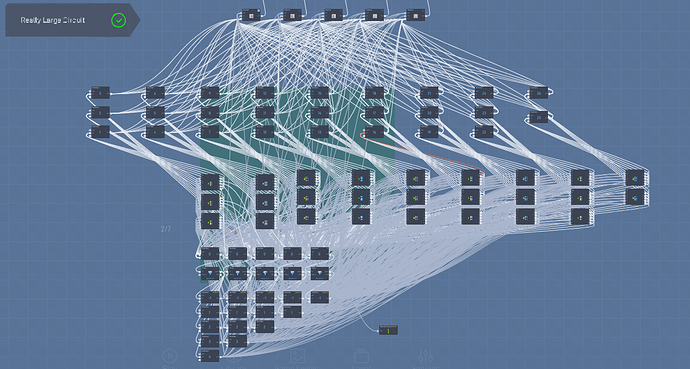 now that is the next level of overwhelmed right there

Thats fair I guess, but still. Ima probably flag them for being off-topic

Yea, ok, Theres a channel for that, Dont be random on other peoples posts for no reason

This took about 15 hours and it is the code required for a gamer tag input (That’s without numbers and symbols; just letters)

You’re not going to believe this, but that’s over 500 wires

@Caden9 What Game Is That For?

How Much Lag Did It Cause?

Its either no lag or a lot of lag.

I dare you to move that, to be honest I can’t imagine what my iPad would do when I loaded that in, I tried making an inventory system about 1/8 of that and my browser kept crashing, that seems like heck. I’m sure your computer is probably stronger than cena to load that in, lol.

Yes, a custom PC helps, but I had to migrate after it kept crashing on my laptop.

If I tried to load in all of that, it would probably be so laggy, I won’t be able to click out of the behavior editor.

A game I am still working on