I love this time of year, and I especially love when the world starts to anticipate Halloween. So, I’ve started working on a special game to celebrate the season. The game is planned to be a dungeon crawler rougelike currently going under the title Ghost Gunner.

I’ve been working on so many big projects recently so hopefuly this will be a nice break for me.

So far I have the basics of the player’s movement and attack, as well as the enemies logic. I also have some environment art down. I don’t exactly have a lot to share about the game but I’ll try to give consisent updates on the progress. Hopefully it’ll be releasing around mid October.

Hope you look forward to it! 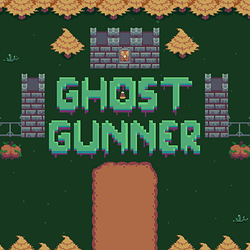 Can’t wait to see what you come up with!

looking forward to it!

I love making pixel art but man is the process of making tile sets so tedious. I was making trees and the amount of work just to make the different sections for a cluster of trees work is ridiculous. We live for this though

I’ve been working a lot on the UI and how to stylize. Much like how I used a pumpkin for the health bar in Wilder’s Creation, I plan on using a piece of candy for the health bar in Ghost Gunner. I want to add as much as I can to the charm factor. It’s always something I try to focus on in my games but I always know I can do better. 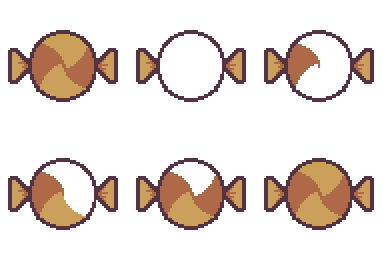 Sorry this feels more like a journal entry than a dev log but I don’t have much right now. I’m having a lot of fun making this though!

I now have a basic outline and map of the game. I was heavily debating on how the game would be structured for a bit but I have a really good sense of direction now. I’ve still got a lot left to figure out but it’s really starting to come together…at least in my mind

. I’m still having a lot of fun messing around with UI stuff but for the most part I’ve got it down.

It’s still early but I’m really excited to see this game through to the end!

I’m super excited to announce that @rcreger is joining the Ghost Gunner team! They’ll be providing music for the game and they’re doing an amazing job so far! I’ve been listening to their music for a bit and really wanted to collab again so I figured this could be a cool excuse.

Check his music out here!

I hope you guys look forward to hearing the soundtrack! I may share a song or two sometime in the future so be on the lookout for that.

Development has been going smoothly! I’ve made most of the levels and have been connecting them together so you can move smoothly between each one. This is gonna be the first time in awhile I’ve attempted to make a top down world with levels that have different segments of it. I’ve never shown off any of my previous attempts but that was just because those games never got off the ground

Anyways, I figure I’d leave a little look at the game because the visuals are just about where I want them. The player sprite may change, and I might add some atmospheric elements later down the line but I’m content right now. 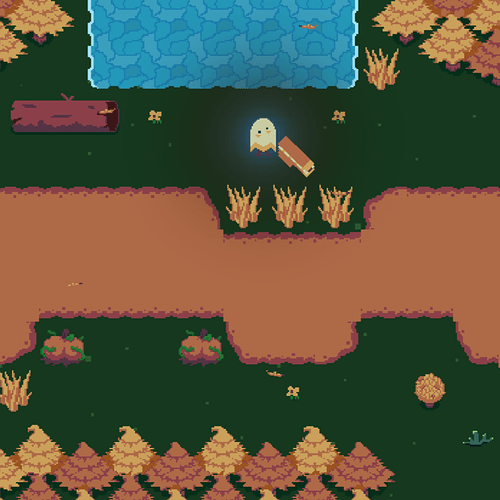 is the gun using sprite stacking?

You betcha! I’ve wanted to use sprite stacking in a game for a while.

I was doing some play testing and I’ve got a little bit of interesting data for the game. An optimised playthrough will usually take about 5 minutes to get to the end without fighting the boss. I did not get super good enemy spawns so this number could definitely be lowered by a minute. Most screens in the game take around 30 seconds to traverse when optimized as well. I think most new players will have a roughly 10 minute experience with this game so take that how you will.

I’ve just about finished the map for the game and I’m almost done with the boss fight. Most of the work ahead of me is for the menus and small story stuff. I’m super proud of this boss fight so I hope you all find it cool too. 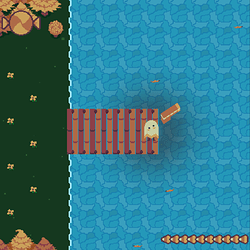 I need a bit of help. I have three different logo concepts and I was wondering which one is the best to you guys. 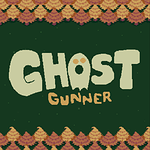 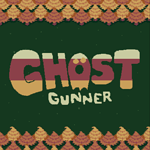 I know which one I like the best but I want to know what others think, plus this seems like a cool way to interact a bit with the community. Also, feel free to share any other ideas you may have for the logo! Thanks!

Your art is amazing @Greggo !

I think logo 2 but adjust the sizes a bit so that Ghost is a bit less big than Gunner, but so that the size difference is still clear.

Option 2 is definitely the best but option 3 isn’t bad either. Option 1 is good in a vacuum but doesn’t fit with the style of the rest of the game. I think you should go with the second one and keep up the good work!

Thank you to everyone who voted! It’s clear that option 2 is the best one to you all, which is great because that was the one I liked the best. Thank you @John_Shrekinson for your suggestion, I’ve made sure to incorporate it into the updated logo.

In other news, I have a release date! I plan on releasing the game on October 21st! I wanted to release it a bit sooner but there’s still a bit to do. I hope you look forward to it! 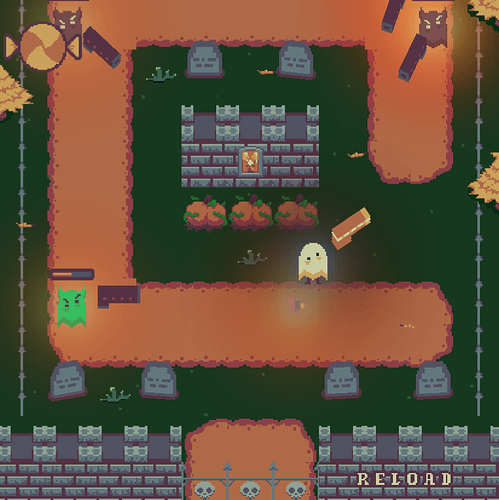